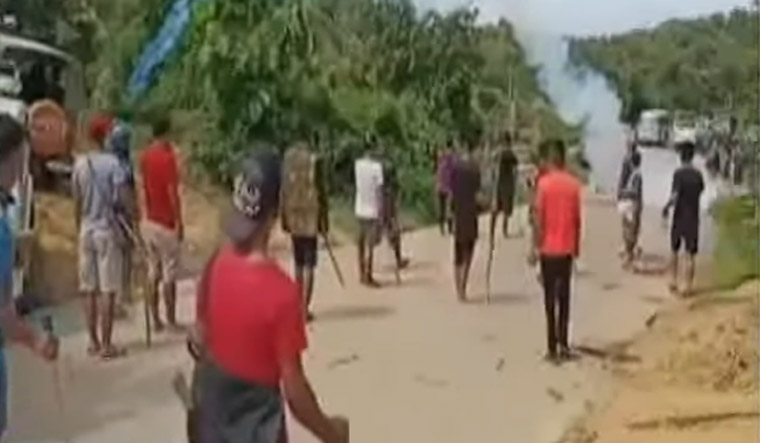 Clashes at the Assam-Mizoram border

As calm reigned over the Assam-Mizoram border in the day following bloody clashes that left seven Assamese policemen dead, the Centre summoned to New Delhi the chief secretaries and DGPs of Assam and Mizoram for a meeting today. The meeting, chaired by Union Home Secretary Ajay Bhalla, will work on a peace formula so there is no repeat of such violence, according to multiple reports.

Border disputes between Assam and Mizoram are ongoing. Mizoram shares a 164.6km border with Assam. The two states are often at loggerheads over the boundary, which they dispute. Assam's Barak Valley districts of Cachar, Karimganj and Hailakandi share a 164 km long border with Mizoram's three districts of Aizawl, Kolasib and Mamit. Mizoram claims a 509-square-miles stretch of the inner-line reserve forest notified in 1875 as the actual boundary; tensions are also sometimes aggravated by what both sides refer to as "illegal cutting of trees".

Mizoram Chief Minister Conrad K. Sangma had said on Tuesday that the situation was under control and asked people and district administrations of both states to refrain from taking any aggressive stand. Sangma said both the states are working to find an amicable solution to the border conflict and that he had spoken to his Assam counterpart on Monday and Tuesday. The MLA of Jirang, Sosthenes Sohtun, has been deputed to visit the site and report to the Meghalaya government on the matter. Besides, the Meghalaya chief secretary M.S. Rao and Ri-Bhoi district deputy commissioner have been asked to talk to their counterparts in Assam on the matter, he said.

Things were a little more caustic on the Assam side. Assam Chief Minister Himanta Biswa Sarma said they will not allow even an "inch to be encroached". He said he will move the Supreme Court seeking protection of Innerline Forest Reserve from destruction and encroachment and deploy three commando battalions in Cachar, Karimganj and Hailakandi districts bordering Mizoram to strengthen security.

BJP general secretary and Lok Sabha MP from the state Dilip Saikia demanded that Mizoram tender an apology to the people of Assam for the death of its police personnel. "What Mizoram police along with local people did yesterday is condemnable. There was a video showing Mizo people celebrating the killing of Assamese police personnel. I condemn this barbaric attack on Assamese people and police," Saikia said.