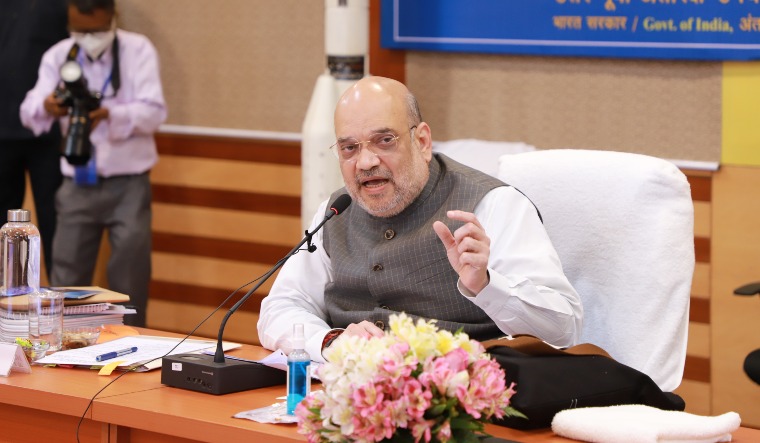 Former Congress chief Rahul Gandhi has led the opposition party's attack on the Narendra Modi government over the violence on the Assam-Mizoram border on Monday that left five Assam Police personnel dead and over 60 injured.

On Tuesday, Rahul Gandhi tweeted "Heartfelt condolences to the families of those who've been killed. I hope the injured recover soon... HM has failed the country yet again by sowing hatred and distrust into the lives of people. India is now reaping its dreadful consequences."

Other Congress leaders echoed Rahul Gandhi's views on the BJP's mishandling of the situation. Gaurav Gogoi, Congress MP from Assam and son of three-time chief minister of the state Tarun Gogoi, was one of them.

Gaurav pointed to the ineffectiveness of the North-East Democratic Alliance (NEDA), the coalition of the BJP and smaller parties in the northeast, which had helped the saffron party spread its influence in the region.

Gaurav tweeted, "Chief Minister Assam is ready to pass the buck, forgetting that he claimed the credit for the growth of NEDA for so many years. Is this unprecedented tragedy the outcome of his back channel manouvering for NEDA?" Assam Chief Minister Himanta Biswa Sarma was one of the key architects of NEDA, who along with Shah, who was then BJP chief, used the alliance to help bring NDA governments to power in all states in the northeast.

Gaurav also pointed out the violence on the Assam-Mizoram border erupted a day after Shah visited the region. Gaurav tweeted, "A day after the Union Home Minister Amit Shah finished his visit and meeting with NEDA Chief Ministers, this unprecedented level of violence has broken out on the #AssamMizoramBorder. There must be an enquiry because 6 of our brave Assam police officers have lost their lives."

Former Assam Congress unit chief Ripun Bora alleged Sarma was behaving like a "school kid". Bora tweeted, "Instead of resolving the #AssamMizoramBorder conflict amicably. CM  @himantabiswa is busy in playing blame games with @ZoramthangaCM & complaining to the headmaster  @AmitShah Our CM needs to stop behaving like a school kid!  Its about time to arrive at a concrete decision!"

On Monday, Congress spokesperson Randeep Singh Surjewala tweeted the governments of Assam and Mizoram had failed to maintain order and called on Shah to act or quit.

Surjewala tweeted, "Deeply painful & unacceptable ! NDA-BJP Govts rule Assam & Mizoram & BJP Govt rules in Delhi. This is a clear failure of the two CM’s & Govts to maintain law & order pushing the States into unwarranted violence. What is the accountability of Sh. Amit Shah. Quit or act."