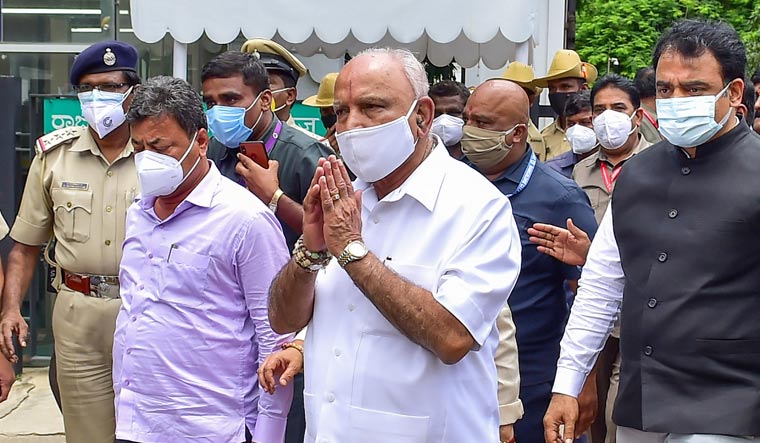 Hours after Karnataka Chief Minister B S Yediyurappa's resignation on Monday, Shikaripura, the assembly constituency in Shivamogga district which he has represented seven times, was shut as a mark of protest by his supporters.

Expressing sympathy with Yediyurappa, traders voluntarily shut down their business establishments as the BJP supporters staged a demonstration in the town.

Roads were deserted as Yediyurappa's supporters hit the streets raising slogans and put up his cut-outs to show their solidarity with him.

The workers also denounced the BJP leaders for compelling the Lingayat strongman to resign without allowing him to complete his term.

He thanked the BJP leaders for giving him an opportunity to serve as Chief Minister for two years, despite completing 75 years of age.

He had also said that a few of his MLAs were unhappy with him.