By Friday, there were at least 24 incidents of serious nature from 22 districts 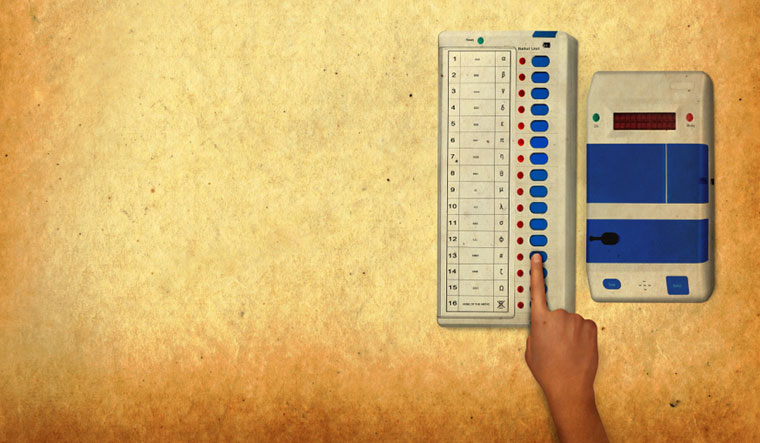 The block level panchayat elections in UP have been marred by violence, with the opposition alleging that its candidates were not even allowed to file nominations. This has led to the BJP winning 334 block pramukh seats (of the total of 825) unopposed.

By Friday evening, there were at least 24 incidents of serious nature reported from 22 districts. The police have registered 16 cases under serious charges. As many as 115 people have been named in the FIR, while cases have also been registered against 1,730 unknown persons. So far, 25 people have been arrested.

Elections at the village, block and district level have been marred by violence and lawlessness even under past regimes.

Bahujan Samaj Party (BSP) chief Mayawati took to Twitter to say the situation was reminiscent of what had happened under the Samajwadi Party. “The gross misuse of power and money, and the violence brings back many memories of the SP administration”. She also said that the SP’s opposition to the BJP was mere lip service. “It is unbelievable as there were many reports of misuse of power and winning elections at all costs. The public has not forgotten anything”.

However, even the BSP is not blameless when it comes to violence during these polls. In 2016, out of the 816 block pramukh seats, the SP had 313 in its kitty unopposed. There were statewide reports of clashes between SP and BSP workers. In Sahjanwa, a town in the UP CM’s parliamentary constituency Gorakhpur, supporters of the SP candidate went as far as snatching away the nomination papers of an opposition candidate. In Sultanpur, a female candidate of the SP had a verbal duel with BJP workers after which she alleged, she had also been physically assaulted and her vehicle fired upon. In Shravasti, SP workers tried to kidnap the BSP candidate. In yet another block, the nomination papers of the BJP candidate were torn after which party workers staged a dharna.

In a 2017 paper published by Nicolas Martin and Lucia Michelutti in the University of Zurich conclude that the inability of a party command to control what its workers do is a direct outcome of the manner in which the party machine incorporates criminal elements within it. “In the SP, there is a fusion between the party organisation and its criminal elements, which prevents “the leadership from acting when some of the troops misbehave”…UP’s ruling Samajwadi Party is loosely organised and its party workers enjoy far more freedom than do their counterparts in the Bahujan Samaj Party (BSP) and in the Bharatiya Janata Party (BJP). …This, we suggest, partly accounts for the anarchy that has characterised the SP’s tenure in government”, write the authors.

Juhie Singh, spokesperson of the SP said, “This (violence) is an unprecedented spectacle. We did not know that the BJP would attribute it to us. To pull a saree of a woman during nominations when the central ministry was expanded to include 11 women ministers shows what this party really thinks about women”.

She added that by not publicly condemning the violence, the state’s chief minister had shown his acceptance of it. “It is all happening with his blessings. At both the zila (district) and the block level it is the arrogance of the CM at work. He wants to win seats unopposed. This is a kind of guerrilla warfare”.

However, on Friday evening, a video of SP workers marching with lathis—in a blatant attempt to intimidate voters in Basti—was doing the rounds.

Congress state chief Ajay Kumar Lallu said, “This is a disrobing of democracy”, comparing it to Draupadi’s humiliation in the Mahabharata. “The government is unseeing like the blind king Dhritrashtra”. He also demanded that the elections be declared void and fresh ones be held.

“The government’s dictatorship has crossed all limits. The government is shielding the jungelraj of goondas. History will remember this,” he said.

Panchayat elections, at different levels, are important for the reach they provide a party for state and national level elections. They are also a lucrative option for winners as money for many schemes goes directly to the panchayats. Hence, whichever party is in power, leaves no stone unturned to win them.