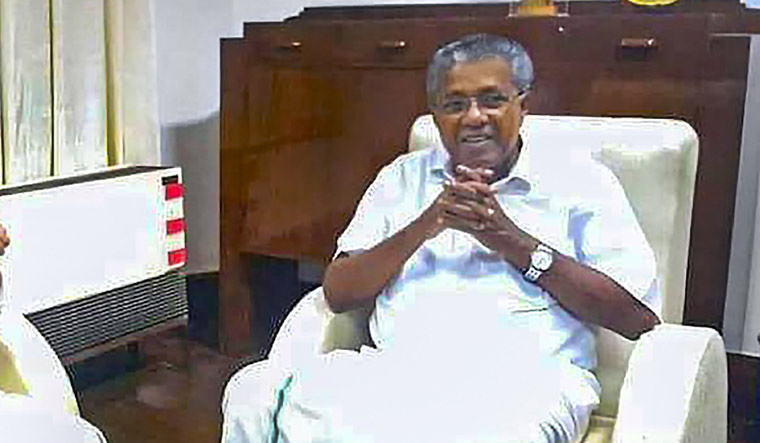 Karnataka Chief Minister B.S. Yediyurappa, on Monday, said he would write to his Kerala counterpart Pinarayi Vijayan, requesting him to stop changing names of places in Kasaragod district of Kerala bordering the state from Kannada to Malayalam.

The Karnataka Border Area Development Authority (KBADA) chairman Dr C. Somasekhara, on Monday, brought the matter to the notice of Yediyurappa, stating that the Kerala government intended to change the names of some Kerala villages from Kannada to Malayalam sounding names.

"Responding immediately, the chief minister said the matter has been brought to his notice now. He would bring it to the knowledge of the Kerala chief minister," an official press release said.

The chief minister said Malayalis and Kannadigas in Kasaragod and Manjeshwar have been living harmoniously, hence it is not proper to change the Kannada names of places to Malayalam.

He said he would write to the Kerala chief minister requesting him to stop the process immediately.

Somasekhara pointed out that the decision to change the Kannada names of the villages might have been taken at the local level and the Chief Minister Vijayan may not be aware of it.

Karnataka's Forest and Kannada and Culture Minister Aravind Limbavali wrote to the state chief minister regarding Kerala government's move to change names of border villages in the state from Kannada to Malayalam.

He said the Kerala government is implementing its decision to change the Kannada names of villages in Kasargod and Manjeshwar taluks, which border Karnataka, into Malayalam.

"Kannada speaking people are in high number in these taluks. They have been speaking Kannada and also following Kannada culture for several centuries. The Kannada name of every village reflects the culture of the local residents. The people too are emotionally attached to these names," the Minister said in the letter.

The government should have at least discussed the matter with the local residents and taken their opinion before making the move. The present decision, therefore, is totally unilateral, Limbavali said.

"We must strongly oppose the move of the Kerala government as a move to protect Kannada culture. Since the issue is about emotions of the people and also a sensitive one," he said and requested Yediyurappa to write to his Kerala counterpart and urge him to withdraw the decision to rename the villages into Malayalam.

On Sunday, former chief minister H D Kumaraswamy and BJP MP Pratap Simha had objected to the move and wanted Yediyurappa's immediate intervention in this issue.