Activists stopped on way to Silger 'encounter' site in Chhattisgarh

Bela Bhatia, Jean Dreze were also interrupted by officials while visiting the injured 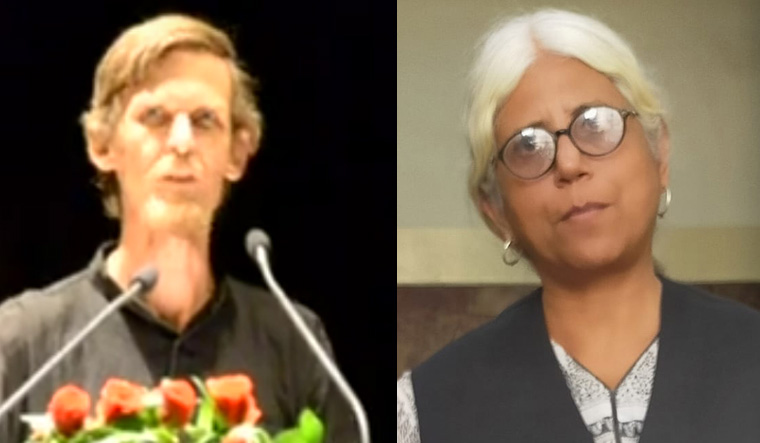 Prominent activists Bela Bhatia and Jean Dreze alleged on Monday that they were not allowed to proceed to Silger in Chhattisgarh, where three persons were killed in a police firing on May 17 in what the police claimed was an 'encounter' with Maoists present in a crowd of people.

The activists were also allegedly interrupted when they were meeting people injured in the firing that took place on the inter-district border of Bijapur and Sukma in Bastar region on Wednesday. The duo were asked to undergo COVID-19 tests before being allowed for any further movement.

Bela Bhatia, talking to THE WEEK on telephone from Bijapur, said that she and Dreze both underwent repeat COVID-19 tests (both rapid antigen test and the RTPCR) on Wednesday and got negative reports on Thursday. “We are now waiting to talk to the Bijapur district collector and show him the reports. On our part, we think we have cooperated fully with the administration despite both of us being vaccinated with both the doses. Now we want to be allowed to meet the injured as well as to visit Silger and interact with the local people,” Bhatia said.

District Collector Ritesh Agrawal told THE WEEK that he was yet to confirm the COVID-19 test reports of the two activists and any further decision or action would be taken only after that. He refused to comment further.

Questions have been raised on the “encounter” after videos of local villagers claiming death of nine persons and injuries to about 18 people in a “unilateral” firing by the police on a crowd of protesting villagers on May 17, made rounds on social media. The villagers were seen claiming that there was no Maoist presence in the crowd. 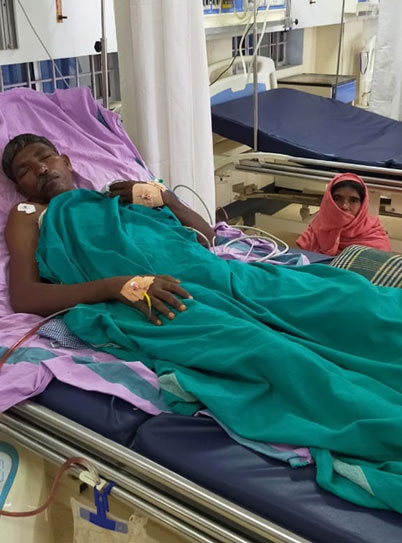 The villagers had gathered in the area to protest against a newly set up camp of security forces which, they said, had infringed on their livelihood and natural resources like forest, land and water.

Bastar Inspector General Sudarraj P. had claimed that three persons were killed in an encounter with Maoists present in the crowd who had fired at the camp of security forces in Silger. He, however, added that it was not yet confirmed whether those dead were Maoists or villagers. The state government has not made any official statement regarding the incident or the villagers' allegations.

Civil society organisations have demanded a judicial probe into the incident and filing of criminal cases against responsible police officers, apart from compensation to the families of those dead.

Bhatia told THE WEEK that she and Dreze were interrupted by the authorities when they tried to speak to five injured persons in the district hospital on Wednesday and were asked to leave the place.

“We saw three seriously injured persons with bullet injuries in back, shoulder and leg respectively and two others—one man and one woman—with injuries due to alleged lathicharge by the police. Later, relatives of these people, who were present on the hospital campus, told us that they, too, had been present at the protest rally for five days before the incident and that there was firing from the police side,” she said.

Later in the evening, the activist said, they were stopped at the Chiramangi CRPF camp before Avapalli on their way to Silger and told that they could not proceed. “I saw a document with my name and photograph that said I should not be allowed to go to Silger. I was not given any reason and the only thing they asked us was to get COVID-19 tests done, which we have fulfilled. We saw journalists and others from outside Bijapur proceeding to Silger and coming back while we were waiting at Chiramangi camp,” Bhatia said.

“We want to talk to the local people around Silger to know their version of the incident and what they felt. We have always found that no counter-complaint of such incidents (disputed 'encounters') are ever entertained. But if the villagers feel so, we will help them with the legal action,” Bhatia said.

She said there seemed to be further attempts to hold up their (activists') plan. On Thursday morning, she was initially told that her COVID-19 test sample was invalid and re-sampling would have to be done. “However when Jean went to get his report, my report, too, was handed over to him and we both have tested negative in both the tests. So now, we want to proceed with our plan,” Bhatia said.