Let the Nandigram people give whatever verdict they want, she said 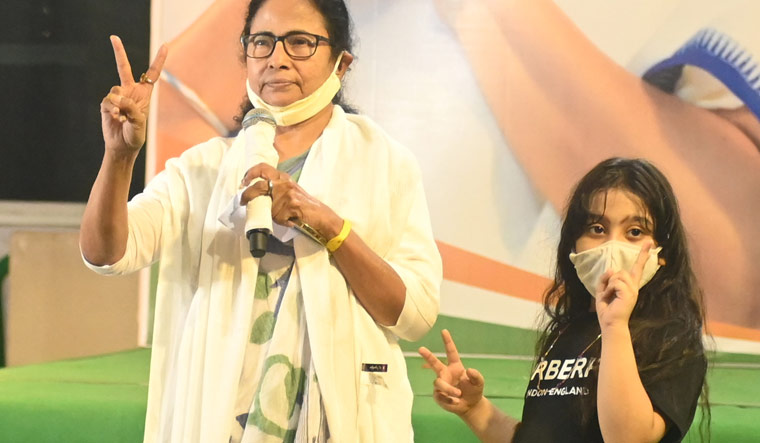 In what appears as admission of defeat, the West Bengal cheif minister said, "Let the Nandigram people give whatever verdict they want, I accept that. I don't mind."

"Don't worry about Nandigram, I struggled for Nandigram because I fought a movement. It is okay. Let the Nandigram people give whatever verdict they want, I accept that. I don't mind. We won more than 221 seats and the BJP has lost the election," news agency ANI quoted her as saying.

The chief minister has also said there will not be a grand oath-taking ceremony as tackling COVID-19 is a priority. There will be a mega victory rally in Kolkata when the pandemic is over.