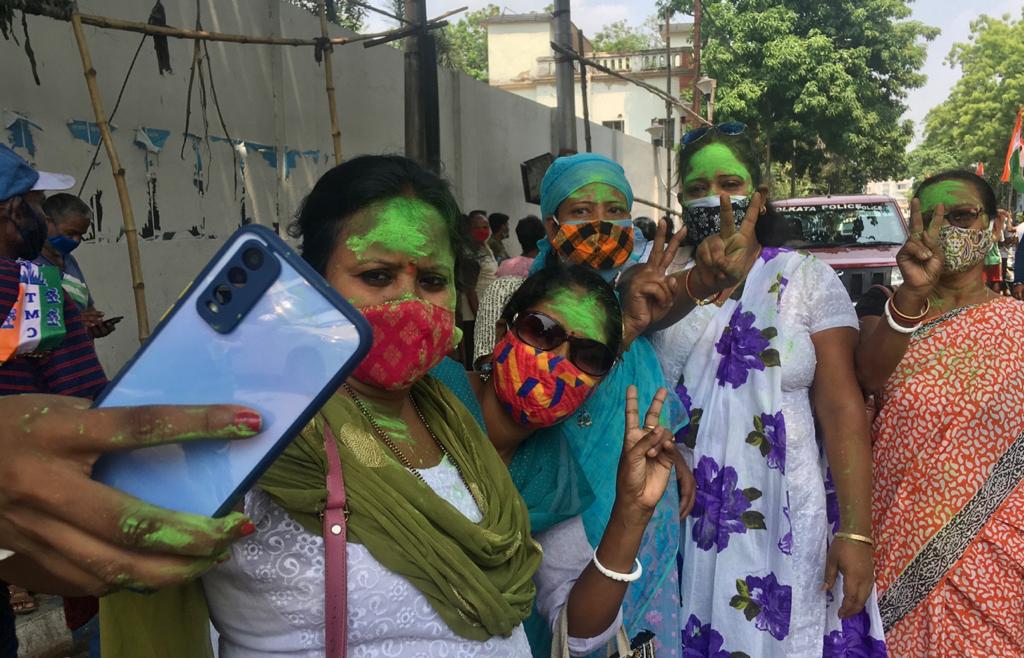 With the vote counting well-underway, mid-day trends pointed to a decisive turn in the battle in West Bengal, while the LDF has continued on a winning trajectory in Kerala. By 1am, TMC was leading in 209 seats, while the BJP was leading in 79 in West Bengal. The Left parties, which once called the state their bastion, and the Congress were decimated and not even a factor. In terms of vote share, the TMC had 48.5 per cent of the votes against the BJP's 37.4.

Belying expectations of a tight contest, the TMC candidates appeared galloping to victory, and, if the current trends hold, the party will easily form its third successive government in the state. Two of the BJP Lok Sabha MPs Babul Supriyo, a minister in the Narendra Modi government, and Locket Chatterjee, were trailing in Tollygunge and Chuunchura seats. Supriyo represents Asansol and Chatterjee Hooghly seat in the Lok Sabha. However, BJP MP from Cooch Behar, Nishith Pramanik, was leading in Dinahata. Shobhandeb Chattopadhyay, the TMC candidate for Bhabanipore that Mamata Banerjee vacated to contest from Nandigram, is leading his BJP rival Rudraneil Ghosh by over 3,000 votes. Firhad Hakim, a state minister and Banerjee confidante, was also leading.

Ruling parties look poised to return to power in three states. As votes were counted for the assembly polls in four states and one Union Territory with strict COVID protocols in place, trends indicated that Tamil Nadu's ruling AIADMK could cede power to arch rival DMK. In Puducherry, the AINRC-led NDA was headed towards power.

The BJP seemed to have reason to smile in Assam where the ruling NDA was ahead of the Congress-led Grand Alliance.

In southern Kerala, Left-led alliance LDF was poised for another term in power, the first time in four decades that the same grouping could form government for the second consecutive time.

While the DMK was ahead in 118 seats, a feather in its president M.K. Stalin's cap, the AIADMK was trailing. Victory in 118 of the total 234 constituencies will ensure a simple majority. Tamil Nadu was also the one bright spot for the Congress where the DMK-led opposition alliance, of which it is a part, looked in a position of power to trounce the AIADMK-BJP coalition. Both the Dravidian parties went into the election without their stalwarts, J. Jayalalithaa for the AIADMK and M. Karunanidhi for the DMK. Though the Election Commission had banned victory roadshows and vehicle rallies, crowds of jubilant supporters of various parties could be seen celebrating in various parts of the country.

The counting of votes for the 822 assembly seats spread across West Bengal, Tamil Nadu, Assam, Kerala and Puducherry had commenced at 2,364 counting halls following the COVID-19 protocols. In 2016, the total number of counting halls was 1,002. The over-200-per cent increase is due to the distancing norms being followed by the poll panel to curb the spread of the coronavirus. West Bengal will have the maximum number of 1,113 counting halls, Kerala 633, Assam 331, Tamil Nadu 256 and Puducherry 31, the EC said.