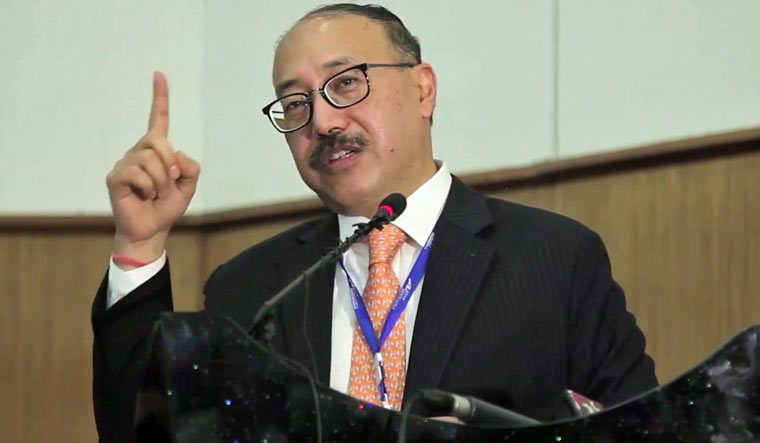 Indian ambassador to the US Harsh Vardhan Shringla | Youtube

India has seen an overwhelming outpouring of solidarity and assistance amid the coronavirus crisis, said Foreign Secretary Harsh Vardhan Shringla as he addressed a media briefing on international COVID-19 cooperation on Thursday. Forty countries, including India’s development partners such as Mauritius and Bhutan, have come forward to help the nation, he said.

Shringla noted that India was the frontrunner in generating an international consensus that countries need to come together in dealing with the pandemic, and that unless it was eradicated from all nations, every part of the world continued to be at risk. Today, our needs are far greater, he stated.

The foreign secretary emphasised that the Empowered Group (EG II) of the government was looking to source oxygen and related products from across the world. Help is coming in many ways, through government donations, through purchases by the government and private sector, and also from corporate houses overseas.

While not directly replying to a question on whether India had shifted its policy of not accepting bilateral aid, Shringla emphasised that this was an unprecedented situation.

He said India had secured delivery of around 550 oxygen generating plants, 4,000 oxygen concentrators, 17 cryogenic tankers for transporting the gas, through the various means, which should arrive over the coming days. He noted that vital drugs was another necessity, and even though India was a large producer, its needs were far outstripping production. For instance, India produces  67,000 doses of Remdesivir a day, the requirement is for over two lakh.

He described that government-to-government help would all be channelled through the Indian Red Cross Society and then, under the health ministry, would be routed to the places where they are required.

Shringla did not comment on the offer of help from Pakistan, or China, but he said that efforts were on to keep air routes operational, at least for cargo. Many countries have banned flights from India. From China, Sichuam Airlines, used to have 10 flights a day, has suspended operations.

“Our efforts will be to keep at least cargo air connectivity open,” Shringla said.

He said the US was sending three consignments, the first two to arrive on Friday, the third on May 3. It will contain 2,000 oxygen concentrators and 500 oxygen cylinders as well as 20,000 doses of Remdesivir.

There are also two special consignments from Russia on the way, containing oxygen generating plants, ventilators, bedside monitors and the drug Favipiravir. The Russian vaccine, Sputnik, is also expected to arrive in May.

India is sourcing drugs from countries like Egypt as well.