IN PHOTOS: When horse-racing returned to the Royal Calcutta Turf Club 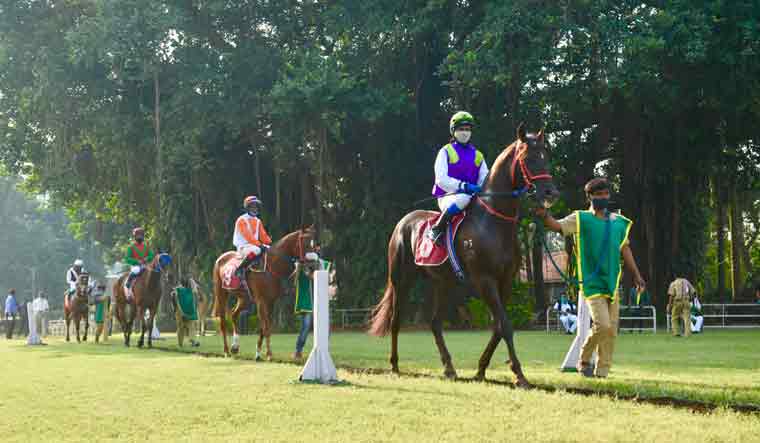 Horse racing, which has been in turmoil since the pandemic put a stop to crowded gatherings, seems to now have found a solution in online betting that allows adherence to physical distancing norms. 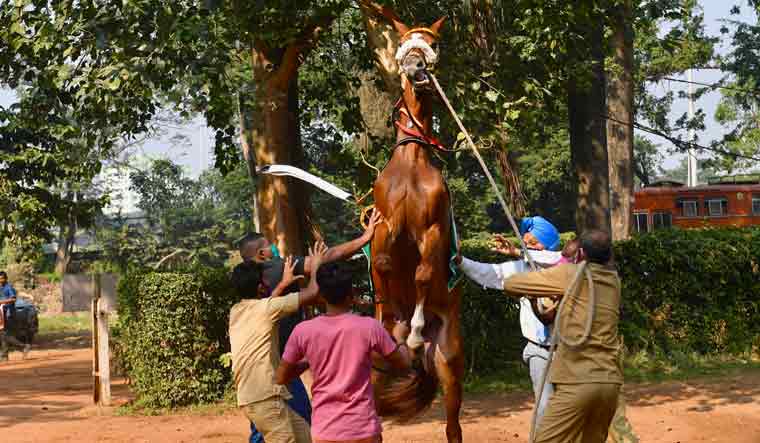 Handlers with a horse before a race | Salil Bera

On November 24, 2020, the historic Royal Calcutta Turf Club re-commenced racing without large physical gatherings. The only spectators were owners, trainers and officials. 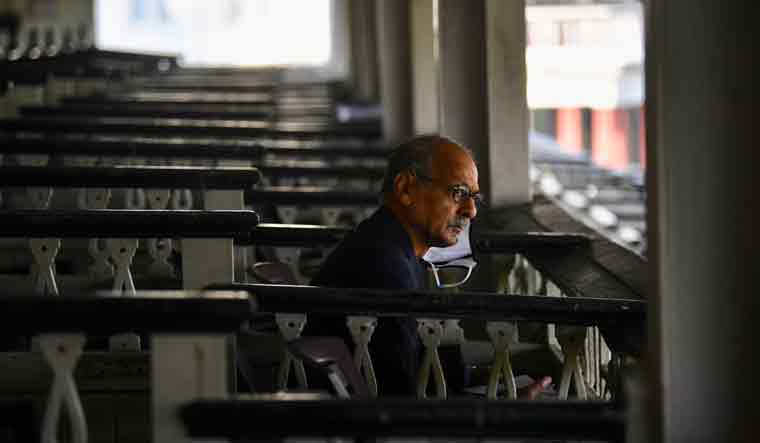 A spectator at the Royal Calcutta Turf Club | Salil Bera

Racing in Kolkata has a centuries-old legacy. The Royal Calcutta Turf Club (RCTC), established in 1847, is a heritage site. Folded spectacularly in the greenery at the heart of the city, it is a tourist attraction that is of interest to the local people as well. Much vibrant socializing happened around the races every winter until Covid 19 dealt a cruel blow to one of its most colourful traditions. 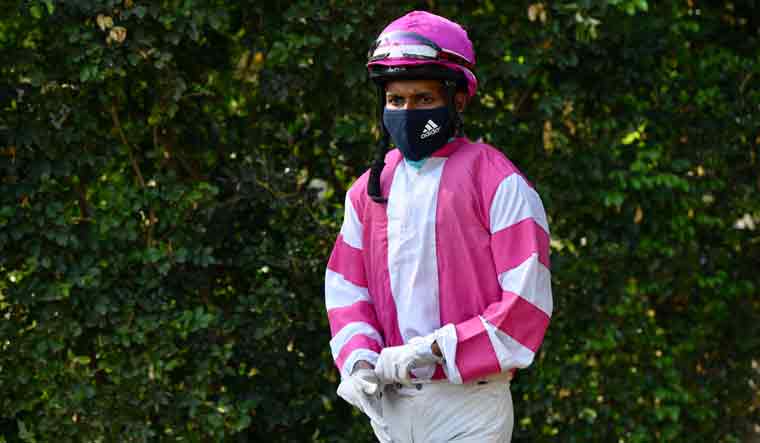 A jockey before a race | Salil Bera

The industry employs more than a thousand people in the city and over 1 lakh persons nationally, directly and indirectly. The chief source of revenue is gate money and the commission earned on bets placed by the public at the race course. With the race course having shut shop, the club coffers were drying up. 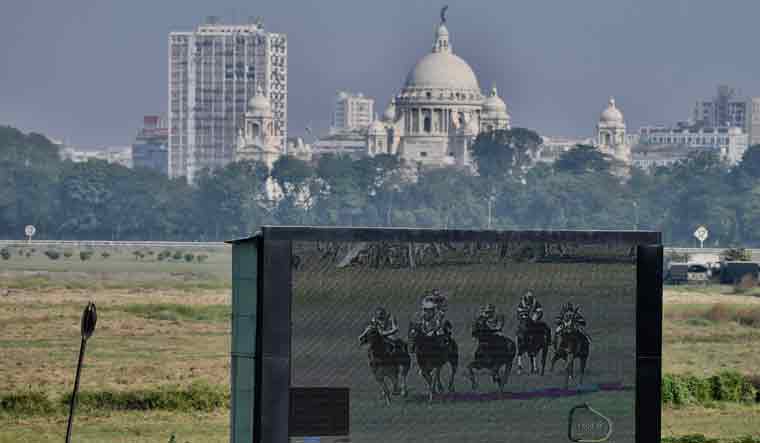 “We are happy to resume the races after eight months since the pandemic struck. It's a great feeling when the heritage paddock bell strikes and jockeys mount the horses at our 170-year-old club. The thundering of hooves on the winter tracks gives us the feel of life, the awakening of all that should happen around this time at what is one of Kolkata’s best kept secrets, the Royal Calcutta Turf Club,”says Kanchan Jana, Secretary of the Club. 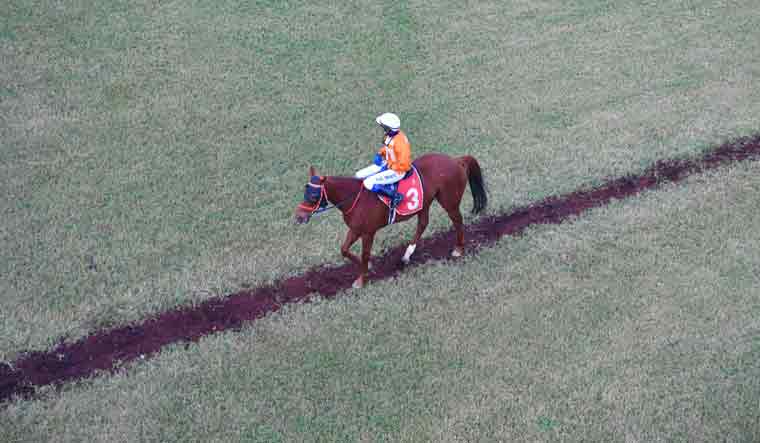 A solitary horse and its jockey on the field | Salil Bera

In the ambience of the pandemic, the races had totally stopped. And as if that wasn’t enough, the cyclone Amphan wreaked havoc at the RCTC in May, 2020. “We were neither sure as to when we might be able to resume, nor did we know whether spectators would be permitted at the race course. However, with the online option coming up, we have been able to pick up where we left off. If planned well, this can be a boon for the horse racing fraternity. We are hopeful of this online platform becoming popular in the days to come,”he added. 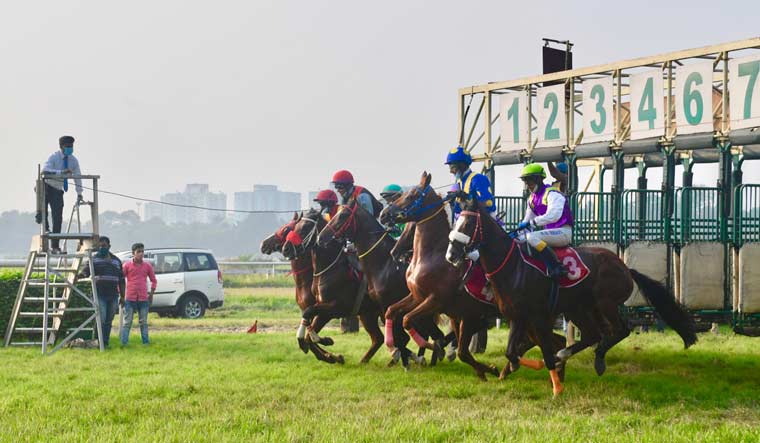 Horses take off after the starting whistle | Salil Bera

Tegbir Brar, a breeder and owner of the highly successful Dashmesh Stud Farm, told The Week, “Thanks to the efficient management of RCTC, race resumed quickly even though the club lost so much not only in Covid-19 but the cyclone as well. Racing and the revenue it generates drive the breeding industry in India. It’s vital that racing starts again as lakhs of jobs are in jeopardy at race courses and stud farms all over India.” 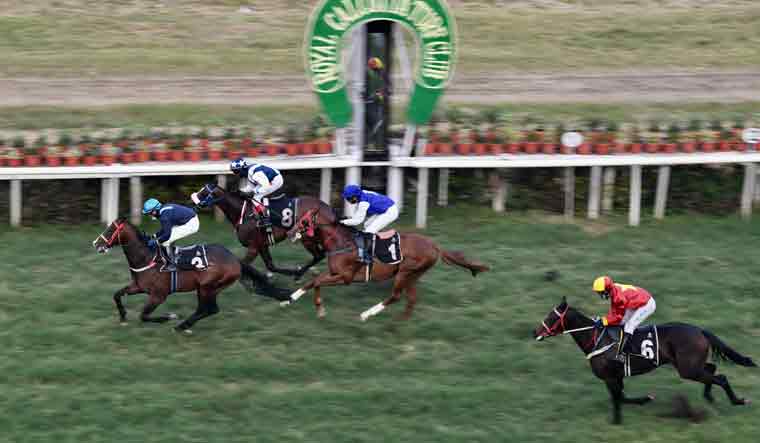 Amit Chaturvedi, the general manager of RCTC, told The Week, “RCTC is a heritage club and has been in existence for over 170 years. We are extremely happy at the recommencement of racing in our club with the kind permission of the Government of West Bengal. We have started without spectators. Many people are involved in horse racing. Online betting is new to all of us. But better late than never. We hope that it will pick up soon.” 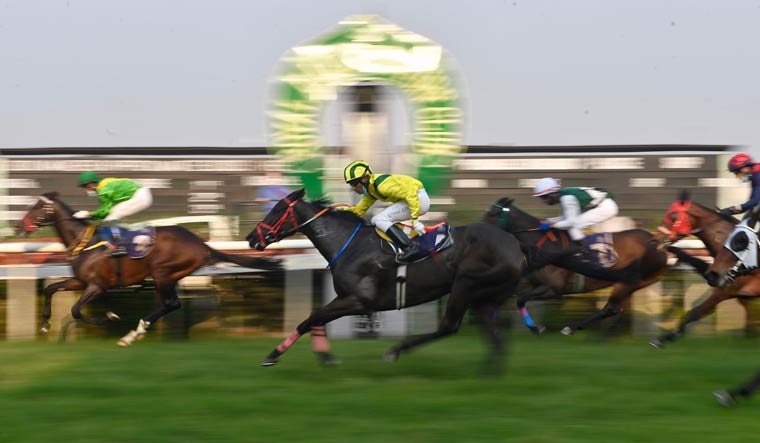 The online betting app introduced by the RCTC is a user-friendly one, says Jana. “We are making baby steps as people are getting to know about it,”he adds. 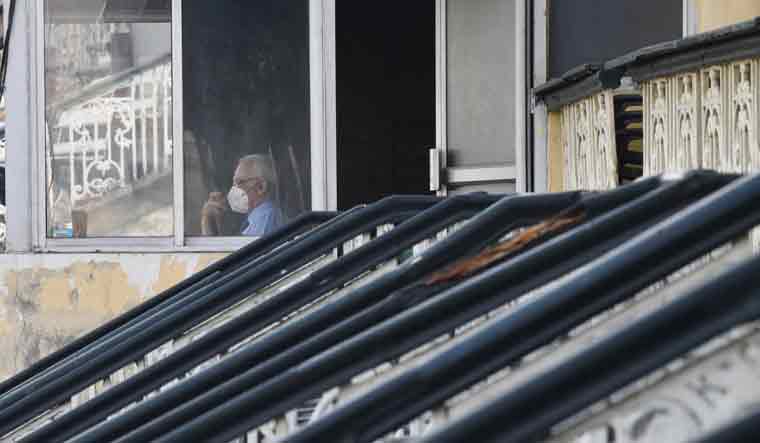 The future of the sport suddenly seems not so bleak. With most activities turning online to survive the Covid catastrophe, it is no wonder that life at the race course should also benefit from it. And every horse can have its day once more. 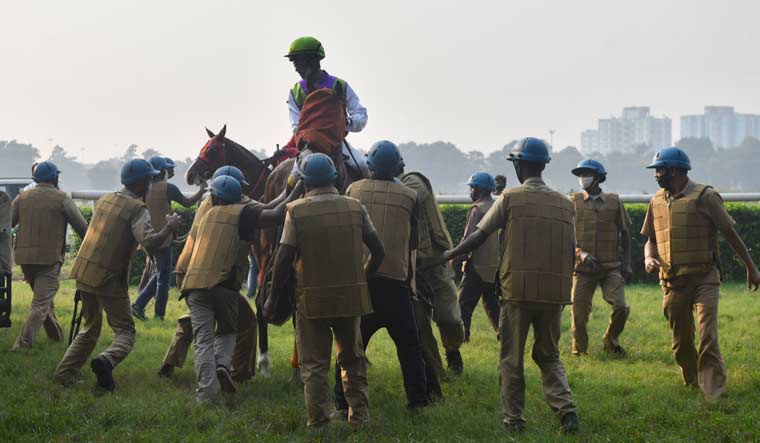 Handlers helping a jockey after the race | Salil Bera