Suppression of income, discrepancy of around Rs 300 cr found during raids against Bollywood celebs 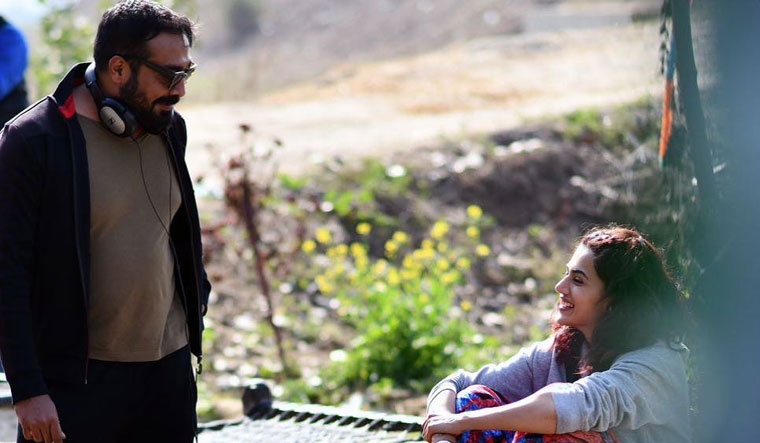 The Income Tax Department, which had on Wednesday raided the homes and offices of Bollywood actor Taapsee Pannu and filmmaker Anurag Kashyap as well as his partners who launched the now shuttered production house Phantom Films, issued a statement on Thursday saying that during the raids, evidence of huge suppression of income and discrepancy of around Rs. 300 crore have been found.

In the statement, the department noted that "evidence related to manipulation and under-valuation of share transactions of the production house amongst the film directors and shareholders, having tax implication of about Rs. 350 crore has been found and is being further investigated."

IT department stated that the production company officials were not able to explain discrepancy of around Rs 300 crore and added that, "Evidence of cash receipts by the leading actress amounting to Rs 5 crore has been recovered."

The Income Tax Department is carrying out search and survey operations which started on 03.03.2021 on two leading film production companies, a leading actress and two Talent Management companies in Mumbai. Search operation is being carried out at Mumbai, Pune, Delhi and Hyderabad. The group is mainly engaged in the business of Production of Motion Pictures, Web Series, acting, direction and talent Management of celebrities and other artists. A total of 28 premises are being covered in different locations which includes residences and offices.

During the search, evidence of huge suppression of income by the leading Film Production house compared to the actual box office collections has been unearthed. The company officials have not been able to explain discrepancy of around Rs. 300 crore.  Evidence related to manipulation and under-valuation of share transactions of the production house amongst the film directors and shareholders, having tax implication of about Rs. 350 crore has been found and is being further investigated. Evidence of cash receipts by the leading actress amounting to Rs 5 crore has been recovered. Further investigation is going on.

Apart from this, non-genuine/bogus expenditure to related concerns by the leading producers/director having tax implication of about Rs. 20 crore has been detected. Similar findings have been made in the case of the leading actress also.

At the office premises of the two talent management companies,  huge amount of digital data has been seized in the form of emails, whatsapp chats, hard disk etc which are under investigation. During the search, 7 bank lockers have been found which have been placed under restraint. Search is continuing in all the premises.

Earlier, responding to criticism that the raids against Kashyap and Pannu were linked to their comments, which are seen at times critical of the BJP, Union minister Union minister Prakash Javadekar had said, "This is too much. Probe agencies undertake investigations based on credible information and the matter later goes to courts as well."

While the raids attracted a lot of attention on social media platforms and political circles, most of Bollywood was quiet.

"Central agencies like ED, CBI, and Income Tax are being used to target those who take an anti-government stand and speak against the policies of the regime," Maharashtra minister and NCP chief spokesperson Nawab Malik had said. "The premises of Anurag Kashyap and Pannu have been raided. Both were raising their voices against the Modi government," he added.