Post the 2019 elections, this was the first major polls held in the state 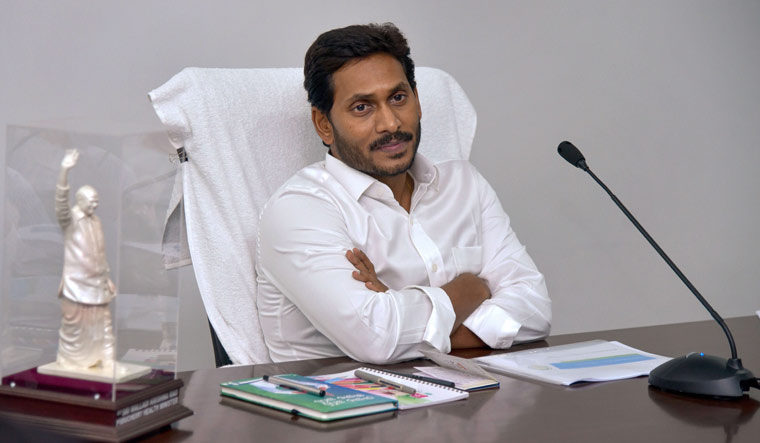 Candidates backed by the ruling YSR Congress Party (YSRCP) in Andhra Pradesh won big in the gram panchayat elections held in four phases in the state. Local body polls were conducted in 13,081 panchayats, and as per the ruling party, their supporters won more than 10,000 or 80 per cent of them.

Post the 2019 elections, this was the first major polls held in the state. The main opposition, Telugu Desam Party (TDP), continued its dismal performance, similar to the general elections held two years back. Most of the candidates supported by the party did not perform well. For the BJP, Congress and the Jana Sena Party, it was almost a rout.

Though the gram panchayat elections are not fought on party symbols, the contesting candidates are supported by major political parties.

The dominance of the ruling party was evident in each of the 13 districts in the state. In Krishna, Guntur and Vizag, considered to be strongholds of the TDP,  the YSRCP-backed candidates won in large numbers. In former chief minister N. Chandrababu Naidu’s assembly constituency, Kuppam in Chittoor district, YSRCP supporters emerged victorious in most number of gram panchayats. In Kadapa district, the bastion of the YS family, YSRCP claimed to have struck a strike rate of 100 per cent, winning all the gram panchayats. At the end of each phase of the GM elections, the ruling party was in the lead.

The YSRCP, which completes two years in government, seems to be enjoying a positive image in the grassroots. The road to the elections was rocky for Chief Minister YS Jagan Mohan Reddy. A major part of the initial months in office went into handling the COVID-19 crisis. The first-time CM also had to face a renewed and aggressive campaign spearheaded by the BJP and supported by TDP and Jana Sena Party which was related to alleged attacks on temples. The political atmosphere in the coastal state got further charged up due to the friction between the ruling YSRCP and state election commissioner, who was accused of being biased towards Naidu.

Amid this, a massive boost to YSRCP’s governance came in the form of the gram panchayat results. Implementation of a slew of welfare schemes, part of poll promises, seems to have effectively worked in favour of YSRCP. The schemes covering different sections of the society have been implemented in the last 20 months.

The election results did not go down well with the opposition parties who blamed the ruling party for winning through undemocratic means. The gram panchayat elections have thrown up the big question to the opposition parties about their future strategy. The TDP had opposed the three-capital proposal of the ruling party and have been protesting the dilution of Amavarati project at ground level. However, even in villages near Amavarati, YSRCP seems to have been the favourites. The BJP and Jana Sena Party’s allegations against the state government for not doing enough on religious issues also seems to have not won any favour from the public and translated into votes.