Goswami claimed that she has been framed 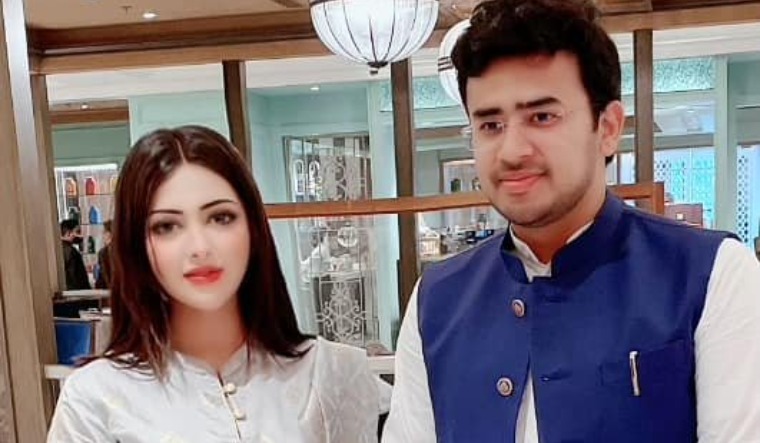 BJP youth leader Pamela Goswami, arrested for alleged possession of cocaine, was remanded in police custody till February 25 on Saturday.

She was arrested with with her friend Prabeer Kumar Dey and her personal security guard Somnath Chatterjee on Friday after 90 gm of cocaine was allegedly found in her handbag and concealed in the car she was travelling.

According to media reports, the young saffron party leader said in the court that she was framed and added that Singh sent his people to plant evidence in her bag.

Meanwhile, police sources said father of Goswami had told Kolkata police she had become a drug addict under the influence of a friend whom he wanted to be kept "under watch."

Reacting to the allegations against him, Singh said, "If I am involved, they can call me or Kailash Vijayvargiya or Amit Shah. I think the police have brainwashed her. I am not in touch with Pamela for more than one-and-a half-years now." "It's possible that the Kolkata police is following the Trinamool Congress' instructions. They are conspiring against me. These are baseless accusations and I am ready to face any challenge," he added.

Meanwhile, sources in the state BJP said Goswami was likely to be suspended from the party. "Most likely the party will take some disciplinary action against her till she is proved innocent. This incident is damaging the party''s reputation," a senior state BJP leader said.

Goswami had joined the BJP in 2018 and was quite active as part of the Bhartiya Janata Yuva Morcha (BJYM).