Is CAA causing rift between India and Bangladesh? 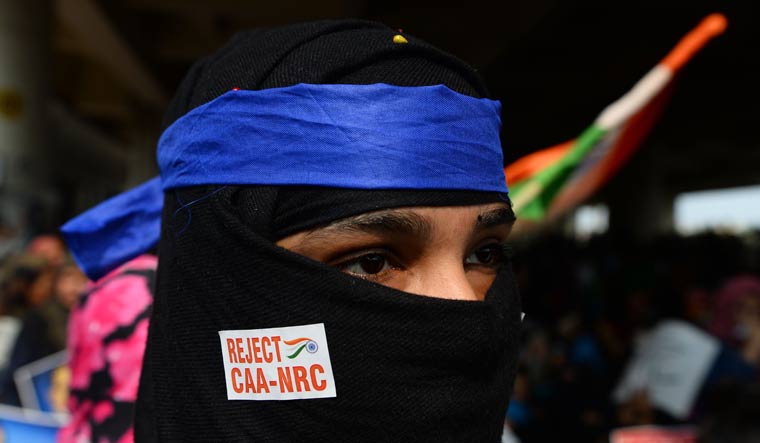 The BJP government's implementation of the controversial Citizenship Amendment Act, 2019, is learnt to be suffering a delay, with South Block trying to pacify Dhaka on its concerns over the mention of ''Bangladeshis'' in the law which provides citizenship to non-Muslim minorities from Pakistan, Afghanistan and Bangladesh who entered the country on or before December 31, 2014. The law passed by Parliament in December 2019 is aimed at allowing persecuted non-Muslim minorities like Hindus, Sikhs, Jains, Parsis and Christians in these three countries to enter the country and get Indian citizenship.

However, Dhaka is concerned about its mention since it may indicate that it is one of the countries with the highest number of persecuted non-Muslim minorities. According to sources, the matter is stuck between the ministries of external affairs and home affairs. ''It is only after the diplomatic issues are ironed out that the CAA Rules can be notified,'' said a senior government official.

The government's move to bring out the National Register of Citizens in Assam in 2019 had already met with resistance from Bangladesh as it indicated that there was illegal migration taking place from that country. The neighboring country, however, has enjoyed good diplomatic relations with India and efforts are going on to not let the CAA issue impact the ties.

It may be recalled that the Union home ministry has been busy drafting the CAA Rules after the passage of the law. ''It does not take so much time to draft the rules and notify them,” an official said. For now, it seems that North Block is waiting for the green signal from across the road on Raisina Hill to pave the way for the implementation of the law.

With focus on elections in Assam and West Bengal, it remains to be seen how soon the government is able to iron out the sticking points across the borders. Both states share long borders with Bangladesh.

It may be recalled that last month senior BJP leader Kailash Vijayvargiya had announced in West Bengal that the granting of the citizenship to the non-Muslim migrants from Bangladesh, Pakistan and Afghanistan under the CAA may begin from January or February 2021.