The Congress party was divided on the issue 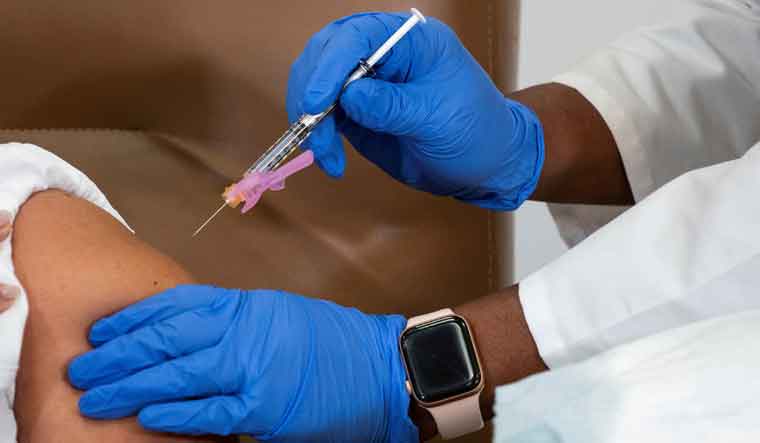 The move by Drugs Controller General of India (DCGI) to approve Bharat Biotech's Covaxin and Oxford-AstraZeneca COVID-19 vaccine for emergency restricted use in India has kicked up a political storm. The Congress party was divided in its response, with some leaders raising serious concerns over the grant of approval to Bharat Biotech, saying it is "premature" and can prove dangerous; others in the party took a more subdued tone and welcome the move.

The Congress leaders pointed out that Bharat Biotech had not yet had Phase 3 clinical trials, and said that approval was premature, citing a lack of vaccine efficacy data.

The BJP hit back, stating that the Congress leaders were unhappy that the "two vaccines to get DCGI nod were made in India", and that "the party was on a quest for permanent political marginalisation".

Leaders like Anand Sharma, Jairam Ramesh and Shashi Tharoor asked the health minister to explain why mandatory protocols and verification of data "had been dispensed with". However, the party's chief spokesperson Randeep Surjewala lauded scientists and researchers of Bharat Biotech for the indigenous vaccine.

Congress MP Shashi Tharoor warned against the use of Covaxin, saying its approval was premature. "The Covaxin has not yet had Phase 3 trials. Approval was premature and could be dangerous. @drharshvardhan should please clarify. Its use should be avoided till full trials are over. India can start with the AstraZeneca vaccine in the meantime." Phase 3 trials are the large-scale trials where the immunogenicity of the vaccine is really put to the test.

Sharma said the matter of granting authorisation for vaccine use needs to be taken up carefully as no country has dispensed with the mandatory Phase 3 trials and verification of data. "As per submissions made before the expert panel, Phase 3 trials have not been completed. Therefore the data on safety and efficacy has not been reviewed, which is a mandatory requirement," Sharma said while referring to Covaxin. "The restricted use emergency authorisation for the Bharat Biotech vaccine presently undergoing Phase 3 trials raises bonafide concerns. Standard protocols and mandatory requirement of publication of data on safety and efficacy which is reviewed and verifiable is important for the integrity of the process," he said.

Ramesh asked Health Minister Harsh Vardhan to clarify why internationally-accepted protocols on Phase 3 trials "are being modified". "Bharat Biotech is a first-rate enterprise, but it is puzzling that internationally-accepted protocols relating to Phase 3 trials are being modified for Covaxin. Health Minister Harsh Vardhan should clarify," he said on Twitter.

However, chief Congress spokesperson Randeep Surjewala tweeted: "Kudos to our scientists and researchers of Bharat Biotech on approval of the indigenously developed corona vaccine, and Serum Institute and its scientists too. India has always led the way in path breaking innovations in the past and will continue to do the same. Great start for New Year.”

Senior Congress leader and former union minister Ashwani Kumar said the magnitude of the challenge "that confronts us all leaves little room for narrow politics". "We need to give hope to the people in these difficult times and not politicise this moment," he said.

Party spokesperson Gourav Vallabh said, reported The Indian Express: “The Congress has full belief in our scientific community and on our institutions of science. Whatever they are deciding, we are going to follow them. We don’t have an iota of distrust to our scientific and medical community. But we want the best vaccine, free of charge to each and every citizen of our country after completing all scientific protocols which are required as per the scientists and medical community of our country.”

Party president J.P. Nadda alleged that whenever India achieves something commendable the opposition party comes up with "wild theories" to "ridicule" the accomplishments. Nadda said, "Time and again we have seen whenever India achieves something commendable, that will further public good, the Congress comes up with wild theories to oppose and ridicule the accomplishments. The more they oppose, the more they are exposed. Latest example is the Covid vaccines."