Modi reiterated his commitment to his govt's slogan of 'Sabka Sath, Sabka Vikas' 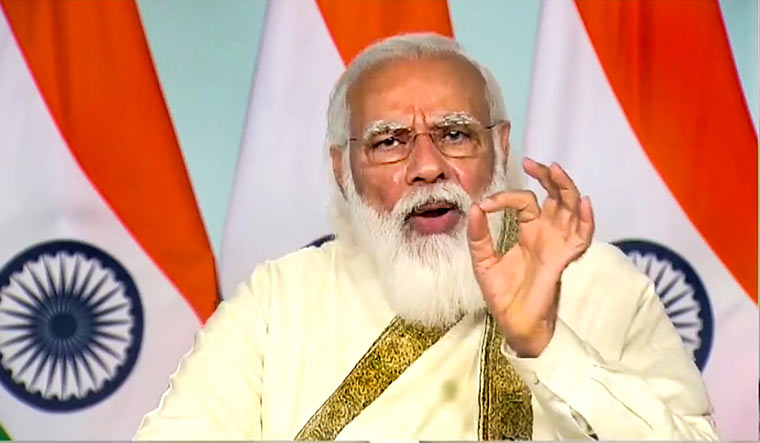 The last time a prime minister attended an event at AMU was Lal Bahadur Shastri in 1964. Before him, prime minister Jawaharlal Nehru had visited Aligarh Muslim University four times.

Attending the event via videoconference, Modi released a special postal stamp to commemorate the centenary celebrations of AMU.

Modi heaped praise on Aligarh Muslim University and its role in nation building. "Wherever in the world they go, AMU alumni represent the rich heritage and culture of India... In its 100 years of history, AMU has crafted and polished millions of lives, giving them modern and scientific thinking and inspiring them to do something for the society and the nation,” ANI quoted Modi as saying.

Modi lauded Aligarh Muslim University's contribution to the fight against COVID-19. "The way AMU helped society during COVID-19 pandemic is phenomenal. Conducting free tests, making isolation wards, creating plasma banks and contributing to PM Cares Fund... all this shows the seriousness of fulfilling your obligations towards society," Modi was quoted as saying by ANI.

Modi highlighted the diversity of Aligarh Muslim University. He was quoted by ANI as saying, "People tell me that the AMU campus is like a city in itself. We see a Mini-India among different departments, dozens of hostels, thousands of teachers and professors. The diversity that we see here is not only the strength of this university but also of the entire nation."