While Army is busy on China border, Pak is trying to take advantage of the situation 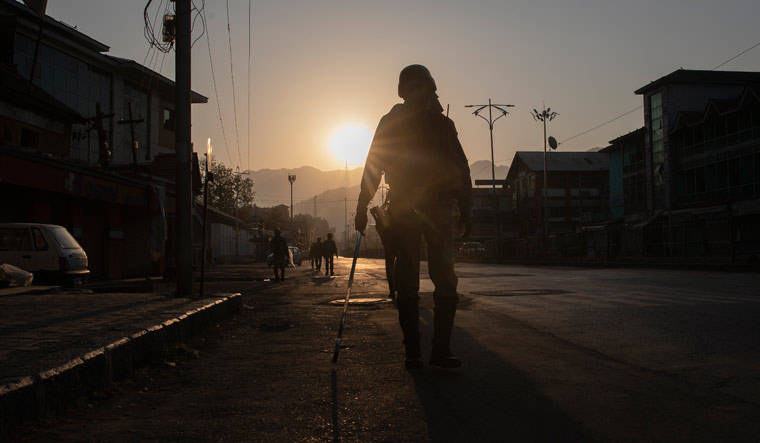 At a time when Indian soldiers are standing firm on the icy heights of Ladakh to check any misadventures by the Chinese military on the northern front, the Indian Army is also giving befitting reply to Pakistan Army on the western front.

For Indian Army, it is virtually a two-front war.

The Pakistan Army has already smashed its own record of last 17 years by violating ceasefire agreement 4,100 times in 2020. While 128 incidents of unprovoked firing happened in November, there were 394 such instances in October.

According to the Army, at least 15 people, including nine security personnel, were killed in multiple ceasefire violations by Pakistani troops in various sectors on the Line of Control (LoC) and International Border (IB) in the month of November. On Tuesday, a sub-inspector of the Border Security Force (BSF) lost his life in the firing by the Pakistani side in Tarkundi area of Mendhar in Poonch district.

Pakistan Army too has suffered casualties in the retaliatory firing by Indian military in response to unprovoked aggression.

Four Army men and a BSF officer were killed in cross border firing on November 13 in north Kashmir while four Army personnel lost their lives in multiple incidents of ceasefire violations in Poonch and Rajouri sectors on November 21, 26 and 27.

Security officials claim that due to the strong anti-infiltration grid established by the Indian security forces, Pakistan is unable to infiltrate neither terrorists nor weapons into the Kashmir valley to increase violence levels. "Pakistan ISI has been given an ultimatum to push in maximum infiltrators along with weapons into Kashmir before the onset of winters, when the undergrowth/bushes in most infiltration prone areas will die down due to dew and snowfall. And aggressive firing from Pakistan Army is aimed to give cover to infiltrators," an officer said.

It is also learnt that Bahawalpur (Pakistan) based terrorist group

Jaish-e-Mohammed (JeM) is exploiting the International Boundary area in Punjab and Jammu sector to push in maximum number of terrorists.

An officer indicated that its could a handiwork of Pakistan-China nexus. "While Indian forces are focused on China border, Pakistan is trying to take advantage of the situation to cause maximum damage on LoC and IB," a security official said.

Incidentally, Chinese defence minister, who is also a general in the People's Republic Army (PLA) Wei Fenghe is in Islamabad. He has signed a military deal with Pakistan to push for enhanced military-to-military ties. This, even as India and Chinese military are waiting for the ninth round of military commanders meeting to restore status quo ante in eastern Ladakh.

The Indian side has made it clear to the Chinese side that it must abide by the principle of ‘first in, first out’, which means China must drawdown first, as People's Liberation Army was the aggressor. Both sides are working on the roadmap for disengagement. But this has to be implemented at the earliest, if it happens at all, as the window is turning out to be very short. "By the middle of December, most of the passes in the area are closed by thick snow. Any move to pullback from their position would be difficult, as forces would be stuck there for next five months (till April)," a defence official explained.