Setback to Owaisi in Bengal as 20 AIMIM leaders join TMC 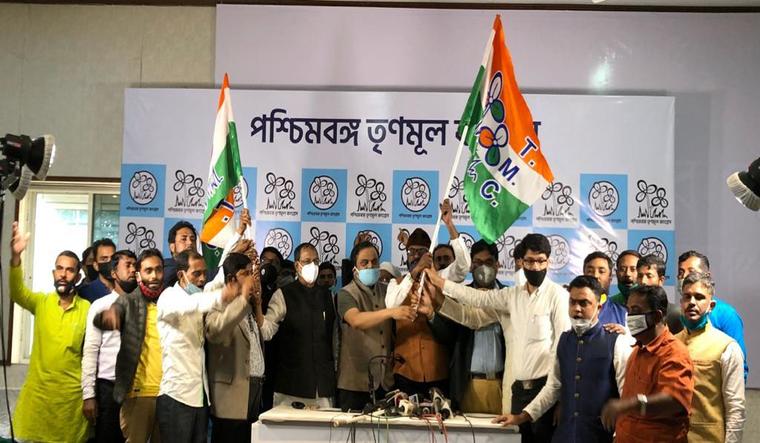 Wary of Asaduddin Owaisi emerging as a contender in West Bengal, Chief Minister and Trinamool Congress supremo Mamata Banerjee has decided to break his party.

On Monday, around 20 members of the AIMIM led by party’s senior leader in the state Anawar Pasha joined the Trinamool Congress. Cabinet ministers Bratya Basu and Malay Ghatak welcomed them to the TMC at the party office in Kolkata.

Pasha has been the face of the AIMIM in Kolkata since 2013. Other leaders who quit the AIMIM and joined the TMC are mostly from different districts of West Bengal like Murshidabad, Malda and two 24 Parganas.

“We are totally at a crossroads, seeing the role played by Owaisi Saab in Bihar. He was responsible for the NDA coming to power in Bihar,” said Pasha, who was an educated face of the party in Kolkata and an alumnus of Kolkata’s St Xavier’s college.

Pasha said that West Bengal is on the verge of a crucial phase today when the BJP has been gaining ground in the state.

“At this juncture, we can’t see Muslims to be the beneficiaries of the split in votes. We must support Mamata Banerjee,” said he.

THE WEEK recently wrote about the change of heart of Muslims after ten years of Banerjee’s rule. Owaisi has decided to fight the state election while the powerful Furfura Sharif has also got split and several religious leaders have come out against Banerjee, forming political parties.

“Today Muslim youth are totally divided. They feel that saffron flag could be stopped by fluttering green flag. Bengal would be pushed to danger,” said Pasha.

“Mamata Banerjee’s party has cheated us. Many of them were taken to the TMC office mentioning a social programme. Not all were eager to cross over. However, those who did intentionally and duped others have done a big blunder. Muslim community have understood them,” said Md Barkatullah, a party leader.

“He is busy with Hyderabad corporate election. Once it is over, his next destination would be Bengal. Mamata Banerjee and others cannot frighten us,” said he.