Hathras woman was not raped, died due to spine injury: UP police citing autopsy report

Clear that some people twisted the matter to stir caste-based tension, says UP ADG 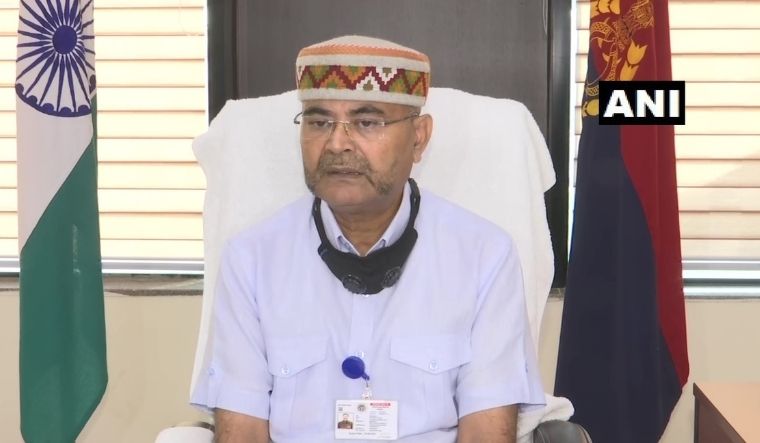 The young woman from Uttar Pradesh's Hathras, who died days after being gang-raped and tortured, was strangled, brutalised and suffered cervical spine injury, according to her autopsy report. In a baffling twist to the Hathras rape case, the police, citing the autopsy report, stated on Thursday that the young woman was not raped and died due to strangulation.

"The postmortem report says the victim died due to her neck injury. FSL report hasn't found sperm in samples, making it clear that some people twisted the matter to stir caste-based tension. Such people will be identified and legal action will be taken," UP Additional Director General of Police (Law and Order) Prashant Kumar said announcing the details from the autopsy report. "The FSL report has made it clear that the woman was not raped," Kumar added.

According to various media reports, the autopsy report says that the woman died of "injury to the cervical spine by indirect blunt trauma." The report was prepared by Delhi's Safdarjung Hospital where the 20-year-old died on Tuesday. It mentions that there was an attempt to strangle her with her dupatta but adds that it was not what caused her death.

As per the post-mortem report, the Hathras gang-rape victim suffered fracture of "C6 cervical vertebra". Besides this, the report says there was "extravasations of blood along the fracture line" and the underlying spinal cord was "contused with ascending oedema".

Speaking about the strangulation attempts, the post-mortem report said the marks on the victim's neck are consistent with the allegations of attempted strangulation.

"The ligature mark over the neck is consistent with attempted strangulation but (it) did not contribute to death in this case," the report said. In regards to the cause of death, the report said it will be confirmed by a chemical analysis report of the viscera.

In its death summary, the autopsy report says: "Poor prognosis and patient's condition was explained to the attendant (family). The condition of the patient deteriorated gradually despite adequate treatment." The "final diagnosis" says: "Alleged post-strangulation with cervical spine injury with sepsis with cardiopulmonary arrest".

The injury to her neck had left her paralysed and struggling to breathe, according to her family.

Meanwhile, outrage against the death is flaring up all across the country against the Yogi Adityanath government after the UP police took away the woman's body and cremated it near their village in the dead of night against her family's wishes, with her parents and brothers locked in their home.