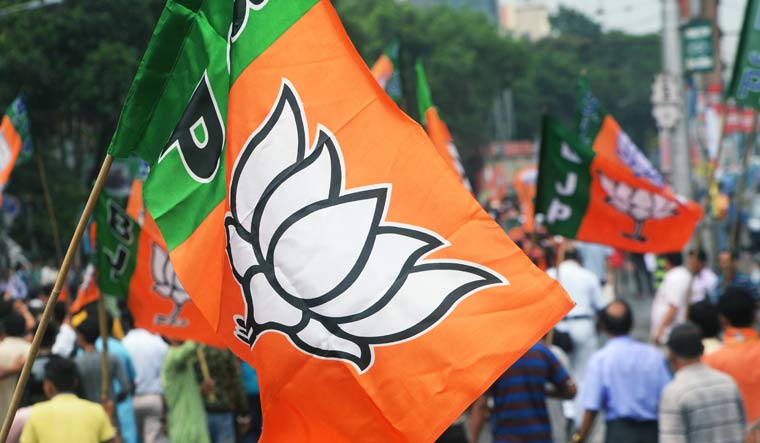 Welcoming the new entrants to the party fold, Delhi BJP said the public welfare schemes of the Modi government do not focus on any religion or caste but give equal benefits to all | Salil Bera

Several members of the minority Muslim community from Shaheen Bagh area, that was the centre of the anti-Citizenship Amendment Act (CAA) protests in Delhi, joined the BJP on Sunday in the presence of its Delhi unit leaders, said a party statement.

The induction ceremony took place in the presence of president of the BJP's Delhi unit Adesh Gupta and national vice-president and incharge of Delhi unit Shyam Jaju, it said.

"The enthusiasm with which Muslim brothers and sisters are joining BJP clearly shows that people of all religions have faith in the Modi government," Gupta said on the occassion at the Delhi BJP office.

Ali, former Delhi unit secretary of Rashtriya Ulema Council, told PTI, "A narrative has been set by many parties in the past seven decades that BJP is the enemy of Muslims. I think you will have to go to BJP to find out if its your enemy or friend. We received a warm welcome from party leaders today and look up to work with them like any other party worker."

Delhi BJP leader Nighat Abbas said the people who joined the party are residents of Shaheen Bagh area. There is a "myth" that Muslims are "averse" to the BJP which stands dispelled by people from the minority community joining the party, she said.

Welcoming the new entrants to the party fold, Delhi BJP president said the public welfare schemes of the BJP government at the Centre do not focus on any religion or caste but give equal benefits to all.

"The BJP has never done any work on the basis of caste and religion but there are some parties which have scared Muslim communities and deprived them of education, employment and development and used them for vote bank," he said.

The BJP government has worked to end social evils and has also ended the practice of triple talaq to empower the Muslim woman, he added.