The order was disrupted by arson and destruction of property, says police 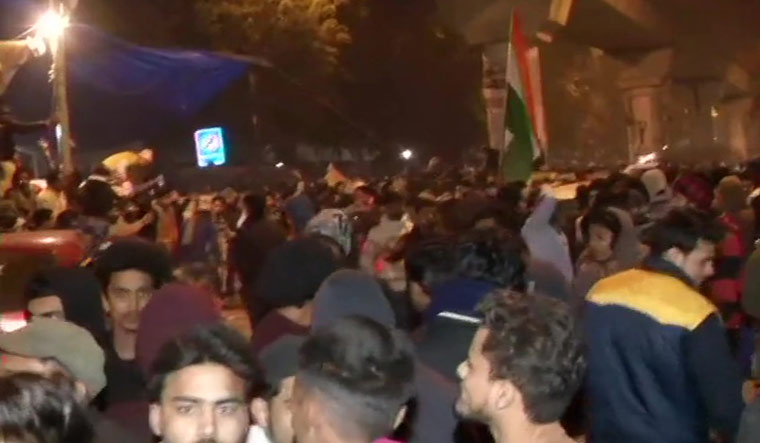 The police on Friday told the Delhi High Court that it had entered the Jamia Millia Islamia (JMI) university to restore order which was disrupted by incidents of arson and destruction of public property during the  student protests against the Citizenship (Amendment) Act (CAA) in December last.

The submission was made before a bench of Chief Justice D N Patel and Justice Prateek Jalan by Additional Solicitor General (ASG) Aman Lekhi during the hearing of a batch of petitions which have alleged that ruthless and excessive use of force and aggression was unleashed by the police and paramilitary forces on students at the university.

The pleas have soughtsetting up of an SIT or a Commission of Inquiry (CoI) to look into the violence at JMI in December last year in relation to student protests against the Citizenship (Amendment) Act (CAA).

Lekhi, continuing his arguments from where he had left it on August5, said that the police entered the campus with a "legitimate objective" which was to restore order.

Merely because the place was a university and people involved in the violence were students does not mean that that action taken by police was uncalled for, he said and added that any such contention was a "flawed argument".

He said the university or any autonomous body cannot be seen as "terra incognita" (unknown territory) when such incidents take place.

He further said the batch of petitions have been filed by two sets of petitioners -- one set comprising of those who were not affected by the violence but came to court based on news reports of alleged brutality by police and the other group was of people who were affected by the violence but did not follow the proper procedure for filing such matters.

He said that news reports cannot be relied upon as evidence as though they might be genuine, but they might not be accurate.

He also reiterated that there would be no entitlement to compensation to those injured in the violence, as sought in some of the petitions, as for that there has to be an admission of breach or a finding of wrongdoingby the police which are issues that are still being examined.

The ASG also said the petitions do not refer to the charge sheets filed in the matter and are entirely silent about them.

He further said that no enquiry as sought by the petitioners can be granted in the instant matter.

Lekhi will continue his arguments on August 21.