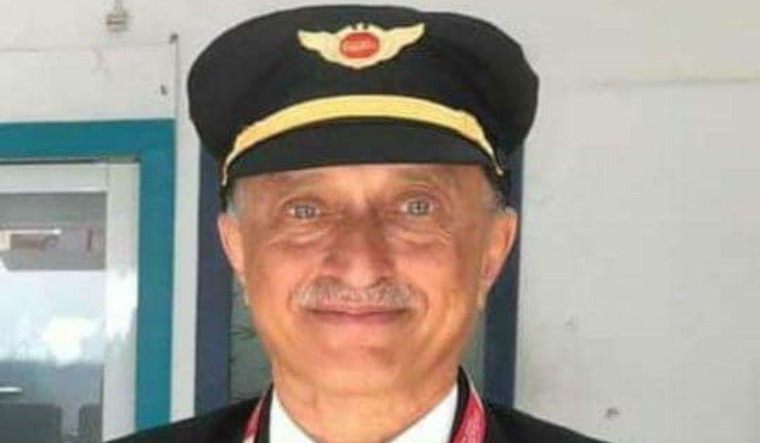 Captain Deepak Sathe, the pilot of the ill-fated Air India Express aircraft that crashed at Kozhikode on Friday evening, is being seen as a hero. At least 19 people have died in the accident, which occurred after the aircraft overshot the runway. However, the fact that the aircraft did not immediately catch fire is believed to have saved the lives of most of the 190 people on board.

Deepak Sathe, a former Indian Air Force pilot, was commander of the flight and died in the crash. On Saturday, a Facebook post on Deepak Sathe by his cousin, Nilesh Sathe, went viral. Nilesh Sathe is a former member of the Insurance Regulatory and Development Authority of India.

Nilesh Sathe's Facebook post has already got over 12,000 shares and as many likes in just four hours.

In the post, Nilesh Sathe declared Deepak Sathe had "martyred" but saved lives of 180 passengers.

Nilesh described Deepak Sathe as "my friend more than my cousin".

Describing the accident, Nilesh wrote, "Landing gears didn't work. Ex IAF pilot made three rounds of airport to empty the fuel which saved plane from catching fire. That’s why there was no smoke seen coming from the crashed aircraft. He turned off the engine right before the crash. He belly landed after the 3rd iteration. The right wing was ruptured. The Pilot martyred but saved life of 180 co-passengers."

Nilesh described Deepak Sathe's career as a pilot, noting it lasted 36 years. "Dipak was an experienced aerial operator with 36 years of flying experience. A passout of NDA, topper in the 58th course and an awardee of 'Sword of Honour', Dipak served Indian Air Force for 21 years before joining as a Commercial Pilot with Air India in 2005," Nilesh wrote.

Interestingly, Deepak Sathe survived a crash when he was an Indian Air Force fighter pilot. "He survived in air crash in early nineties when he was in Air Force. He was hospitalised for 6 months for multiple skull injuries and nobody thought that he will fly again. But his strong will power and love for flying made him clear the test again. It was a miracle," Nilesh wrote.

Deepak came from a 'defence' background. His father, Vasant Sathe, was a colonel, while "His brother, Capt Vikas, was also an Army man who laid his life while serving in Jammu region," Nilesh wrote.