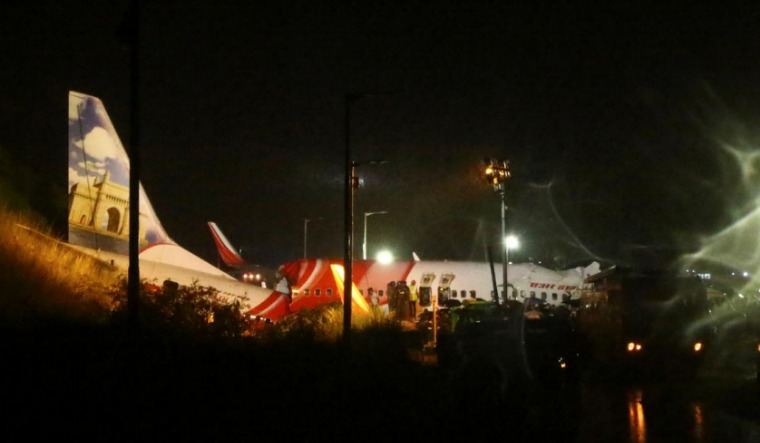 News agency ANI reported on Saturday morning that investigators from the Air Accident Investigation Branch and DGCA had reached Kozhikode to investigate the accident. Three special relief flights—one from Mumbai and two from Delhi—have been arranged to provide assistance to affected passengers and families.

Minister of State for Civil Aviation Hardeep Singh Puri had tweeted at midnight that all persons trapped in the wreckage of the Air India Express flight had been rescued. Puri tweeted "Two investigation teams of professionals from @airindiain @AAI_Official & AAIB will leave for Kozhikode at 02.00 hrs & 05.00 hrs. Everyone has now been rescued from the aircraft.  Rescue operations are now complete.  Injured being treated at various city hospitals."

Meanwhile, Minister of State for External Affairs V. Muraleedharan reached Kozhikode on Friday night to take stock of the situation.