Restaurants will be allowed to remain open till 10 pm 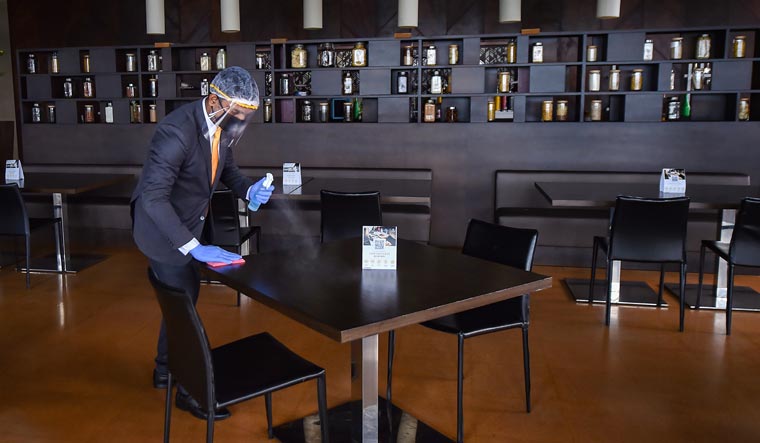 [File] A worker disinfects a table at a restaurant, during 'Unlock 1' | PTI

Night curfew will be lifted and restaurants will be allowed to remain open till 10 pm from August 1 in Gujarat as per the guidelines for 'Unlock 3' announced by the state government on Thursday.

Under 'Unlock 2', Gujarat has curfew from 10 pm to 5 am and the restaurants are being allowed to remain open till 9 pm.

In a major relief to fitness buffs, gymnasiums and yoga centres will be reopened from August 5.

Gujarat is one of the worst affected states in terms of number of COVID-19 positive patients and deaths.

In the initial two months, Ahmedabad was the worst hit. While the number of cases in Ahmedabad have started decreasing, the situation in Surat is bad after “Unlock 1” was announced. Majority of the cases are being reported from the diamond industry and the textile market.