If we lost 20 soldiers, more than double were killed on Chinese side: V.K. Singh 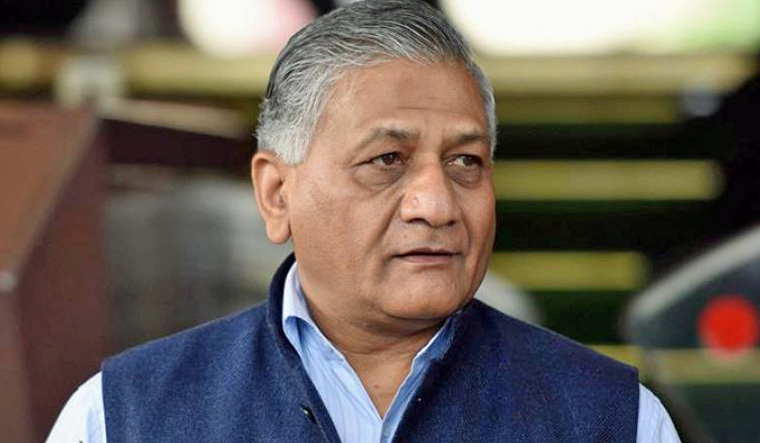 Amidst speculation over the number of casualties on the Chinese side as a result of the June 15 clash with Chinese forces in the Galwan Valley, where 20 Indian soldiers including a Colonel were killed, Union Minister and former Army chief General VK Singh (retd.) claimed that if India lost 20 soldiers, China had lost more than double that number.

So far, no official word had come regarding the number of casualties on the Chinese side. The Indian Army, in its statement, had only admitted that there are casualties on "both sides", without giving any figure. Though there are unconfirmed reports based on satellite images that at least 43 Chinese troops were also killed in action.

“If we lost 20 soldiers, more than double the number were killed on their [Chinese] side," Gen Singh said. Stating that China hides numbers, he said that in the 1962 war too, China did not accept the casualties on their side.

Gen Singh's statement is the first response from an Indian official on the number of casualties on the Chinese side.

Meanwhile, the Army is keeping quiet amid the ongoing debate over the intrusion by Chinese forces onto Indian territory. While the Ministry for External Affairs in its June 17 statement clearly admitted that the Chinese had tried to set up a tent on the Indian side of the LAC, PM Modi in his speech on June 19 said that there had been no intrusion onto Indian territory. The next day, the PMO clarified that he meant that there had been no intrusion "as a consequence of the bravery of our armed forces".

"The sacrifices of the soldiers of the 16 Bihar Regiment foiled the attempt of the Chinese side to erect structures and also cleared the attempted transgression at this point of the LAC on that day," the PMO later said in a statement.

Though the Army hasn't responded to the PMO's statement, sources have claimed that the Chinese were far inside Indian territory in the Galwan valley.

Over the Chinese claims of Galwan valley, the Indian military is shocked, as Galwan valley had never been contested and it was perceived as Indian territory, with clear demarcation of the boundary. China, however, now says that the valley has always belonged to them.

Air Vice-Marshal Manmohan Bahadur, who commanded a helicopter unit looking after Siachen and Ladakh, responded to the Chinese claim of Galwan valley.

He said "We flew REGULARLY over Galwan estuary way back in 1978. And my predecessors were doing this from before. Our maps clearly showed the LAC way to the East of the estuary—else we would have skirted the confluence of Shyok and Galwan."

Amidst heightened tensions on the border after the June 15 clash, the Indian Armed Forces have gone on full alert. While the Army deployed additional troops on the border, the IAF has forward deployed its frontline fighters in Leh including Su-30MKIs, Mig-29UPGs as well as its latest acquisition, the AH-64E Apache heavy attack helicopter—which is meant to neutralise armoured formations.

It is learnt that two Brigades have been moved towards Leh to acclimatize so that additional troops can be deployed at the border if required.

Responding to reports that Army engineers had completed construction of a bridge on Galwan river very close to the area of the recent clash, Army sources clarified that the bridge is on the Shyok River very close to the Shyok-Galwan meeting point aligned North-South. “It links Daulat Beg Oldi (DBO). It is not on the track moving to Patrolling Point (PP) 14,” Army sources stated.