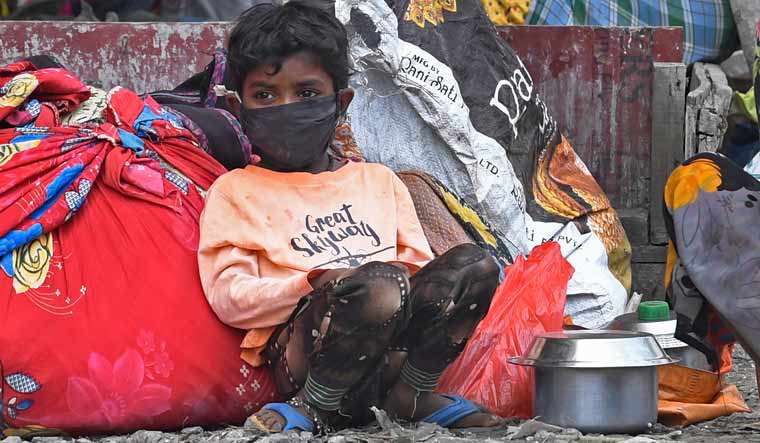 In a decision that assumes added significance in the midst of the impact of the COVID-19 lockdown on migrant workers, the Central Information Commission has issued an advisory to the Chief Labour Commissioner, requiring him to upload information about stranded workers on an official website within a week's time.

The CIC also directed the CLC that the information is required to be updated from time to time. The CIC's advisory was made under Section 25(5) of the Right to Information Act, 2005. It asked the CLC to upload all available information about migrant workers who were left stranded due to the COVID-19-related restrictions, in accordance with Section 4 of the Act.

The central appellate body had, on May 27, conducted an out-of-turn hearing of a complaint filed by transparency activist Venkatesh Nayak regarding the CLC's failing to provide information on the stranded migrant workers.

Nayak, programme head, Access to Information Programme at the Commonwealth Human Rights Initiative, had, on April 21, filed an RTI application with the office of the CLC to seek information about workers stranded in different parts of the country since the imposition of lockdown on March 25.

In response, the office of the CLC, which comes under the Union Ministry of Labour and Employment, claimed it did not have state-wise and district-wise data about the migrant workforce. And this was despite the CLC having directed the regional heads based in 20 centres across the country to enumerate every such worker within three days during the second week of April.

The CLC, Rajan Verma, had, on April 8, issued a circular to his regional heads to collect data about every stranded migrant worker in every district and state. Templates were issued for data capture during the enumeration process. Both blue- and white-collared workers were to be enumerated in this manner. The regional heads were given three days to collect this data and send it to the CLC.

However, in response to Nayak's RTI query, the CLC said: “As per the stat section is concerned, no such details are available based on requisite information.”

Nayak then filed a complaint before the CIC, requesting an early hearing.

Information Commissioner Vanaja N. Sarna came down heavily on the Central Public Information Officer (CPIO) of the office of the CLC.

"It is established beyond doubt that the CPIO has handled the RTI application in a very callous and casual manner. The complainant through his RTI application has raised a very important issue related to the stranded migrant workers," Sarna said in her stern order.

But to the utmost surprise of the Commission, she observed, the CPIO has given a cursory, flimsy and inappropriate reply to Nayak while totally ignoring the seriousness of the issue he raised.

"The Commission records its severe admonition against the CPIO for such negligent handling of the RTI application concerning an issue of such wide implications," she said.

Sarna said the officer seemed completely unaware of the provisions of the RTI Act.

Had he been aware, he could have transferred the query to the appropriate authority in the Chief Labour Commissioner's office to obtain the collated information from them, she said.

"He should note that such poor handling shows complete laxity towards the implementation of the RTI Act which was enacted to promote transparency and accountability in the country and in case such a lapse is repeated in future, the Commission will be constrained to initiate penal action against him," she said.