Most schools, teachers and parents are not prepared to handle online teaching 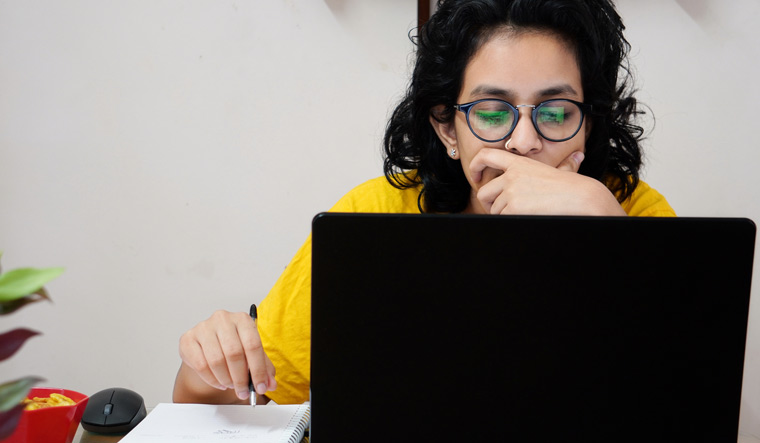 The online teaching process has left teachers overworked and also open to abusive behaviour from students.

Though no formal complaints have been made, Anil Agarwal, chairperson of the state’s Unaided Private Schools Association, says that such issues have come to him through ‘multiple sources’.

“Students have been using language, expressions and gestures which must not be used before anyone, let alone a teacher. Some teachers have spoken to me of mental trauma. Many female teachers are extremely conscious about what they are wear and how they are sit in front of the screen. However till a formal complaint is not made, we cannot do anything”, he says.

The association which Agarwal heads draws membership from 140 schools catering to children from different socio-economic families.

The suddenness with which teachers have been plunged into online teaching amid the lockdown means they did it with little preparation. Many schools also had no clear markers for how much they were trying to achieve through this changed process.

One teacher from Kanpur told THE WEEK that her school principal had made it mandatory to ‘decorate’ assignment sheets in a particular manner. “Online classes might last for four hours but we are required to put in almost the same amount of time preparing assignments which are not just useful but also pretty”, she said.

Low and irregular attendance, lack of attention by students; the fear of technology (especially among older teachers), poor internet connectivity, and in most cases, the added pressure of household chores, have made online teaching a dreaded activity for many teachers.

On April 27, the UP government prohibited all schools from hiking fees. On March 27, the Union government barred all employers from non-payment of salaries to employees which led to school associations appealing to parents to pay schools fees so that teacher salaries could be paid. The second order stands nullified in the fourth phase of the lockdown.

Schools want to be perceived as giving their best to students—a burden that is unfairly borne by teachers more so than in normal school days. While earlier, teachers might just been fearful of job losses, now they also face the prospect of non-payment of salaries.

“We are all under pressure to do our best. But we do not know what that best is. We are neither paid nor equipped to do it,” said a teacher in Lucknow who has seen a 25 per cent reduction in her salary in April.

Richa Khanna, the member magistrate of the state’s Child Welfare Committee (CWC), says that not only schools and teachers; parents and guardians are also not prepared to handle online learning.

“Parental reaction has been extreme. While some feel that if they hover around the child, they will interfere with learning, others have become too demanding of the teachers,” says Khanna. The first case results in parents not keeping an eye on how their child behaves when classes are on. The second translates into enhanced intrusion such as calling or messaging the teachers at odd hours.

Some schools battled online misbehaviour early by putting in place simple rules. These included presence of students in school uniform or dress codes that barred sleeveless clothing, keeping annotations off, student mikes on mute till asked a question and removal of any distracting objects from the background.

Richa Upadhyay, administrative officer at a Lucknow school, says, “Having support staff in every online class to assist the teacher also acts as a deterrent.”

Rachit Manas, chairman of a chain of schools in Lucknow, with a student strength of 2,300, says that teachers have faced challenges, not because free online platforms are unsafe, but because teachers do not know how to use safety features.

“There is a waiting room in commonly used applications. The first five minutes of a class should be reserved for verifying the identity of students in the waiting room. This is an unprecedented situation even for students where normal insecurities are amplified. They can be vulnerable and give their online learning username and password to strangers,” he says.

Some schools have expanded use of in-house platforms, which earlier only aided classroom teaching.

Manjula Goswami is the principal of one such school in Lucknow, which has a strength of 3,000.

“In addition to using our in-house app which is more secure, we have videos on do’s and don’ts in an online classroom. Yet, we had numerous online meetings to clear our teachers' doubts. We made assignments mandatory and made it known that these will be marked, so that students take them seriously and upload them. For multiple-choice questions, we use video calling so that the teacher has eye contact with the student”, says Goswami.

Khanna says that the misbehaviour that students display is often a reflection of poor parenting. “Even normally, parents are not willing to accept that their child might be wrong. Students know and use the fact that schools cannot take strict or irreversible action against them without facing consequences”.

The CWC has, meanwhile, put out an advisory for students, parents/guardians and school administration to regulate the activity.

The guidelines say that online classes should, as far as possible, not be interactive but in the form of audios and videos that are shared with students for access at convenience. Classes should not be more than two to three hours a day, with breaks in between, and regular only for classes 8-12. The list suggests that parents check e-devices to which children have access for objectionable content. It also lists the existing provisions of the Internet Technology Act, cautioning parents that while poor behaviour in class is tackled by immediate intervention and counselling, poor online behaviour leaves behind a permanent record.

For teachers, their online battles with learning and unruly students could leave impressions that last beyond the immediate concerns of the lockdown.