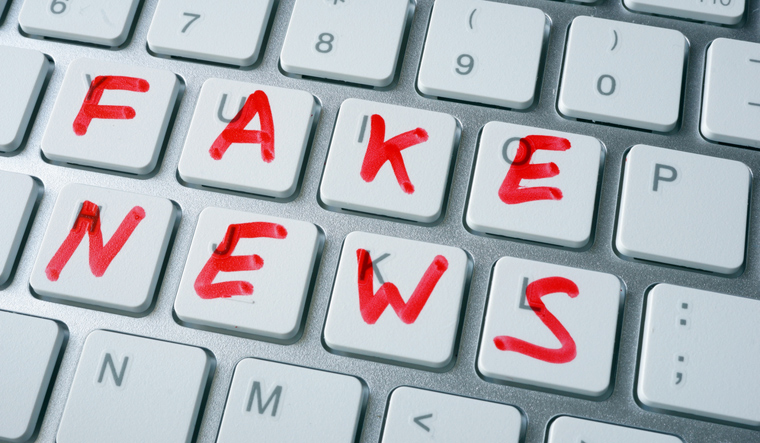 A 53-year-old Agra resident was arrested on Friday for allegedly falsely claiming in a Facebook post that 19 employees of a news channel have tested positive for coronavirus, the Gautam Buddh Nagar police said.

The man, who is a resident of Agra's West Arjun Nagar, has been booked under the National Disaster Management Act (NDMA) besides the Indian Penal Code and the Information Technology Act, the police said.

"A complaint was lodged by an employee of a Noida-based TV news channel in this regard at the Phase II police station on Thursday. The complaint said that a Facebook post has been made by the accused, which is maligning the channel's image and spreading fear among its employees," Deputy Commissioner of Police, Central Noida, Harish Chander said.

"An investigation was taken up in which the points made in the complaint were found true. Later, the accused was arrested from his residence in Agra," he said.

The senior police officer said the accused had asked people to "stay alert" of the news channel's employees wherever they live.

"This incorrect information had led to a feeling of insecurity among common people, which is punishable under the Epidemic Diseases Act," Chander said.

The accused has been booked under the NDMA, sections 54 (false warning) and 505(2) (public mischief) of the IPC and Section 66 (computer-related offences) of the IT Act, the police said.

He will soon be produced before a local court for further proceedings, they said.