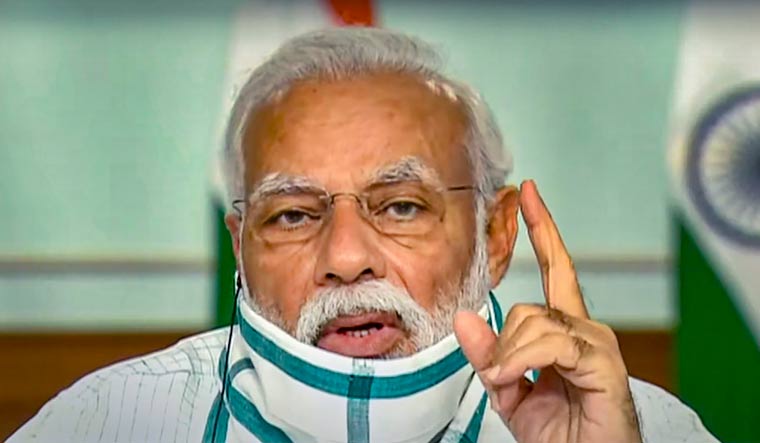 While there was no official word on the meeting, sources said the Prime Minister has been holding discussions during the last few days on various post-lockdown aspects.

Railway and Commerce and Industry Minister Piyush Goyal was also present at the meeting held on Friday morning.

Modi had on Thursday held a series of meetings to discuss strategies to attract foreign investment, promote local manufacturing, and boost the economy that has been hit hard by the COVID-19 pandemic and the nationwide lockdown imposed to curb its spread.

He had reviewed the state of investments, the defence and aerospace sector, and the mine and minerals sector.

The government had first imposed a 21-day nationwide lockdown beginning March 25 and later extended it till May 3. The lockdown shut businesses, stopped air and rail travel and restricted movement of people and goods.

The near-complete halt in economic activity may result in the country seeing a contraction in GDP growth in the April-June quarter, some analysts have predicted.

In late March, the government had announced a Rs 1.7 lakh crore stimulus package comprising free foodgrains and cooking gas to poor and cash doles to poor women and elderly.

A second package, aimed at industries particularly small and medium enterprises that have been hit hard by the lockdown, is said to be in works and is likely to be announced shortly.