Covid19Fighters: Website for details on suppliers of PPE kits 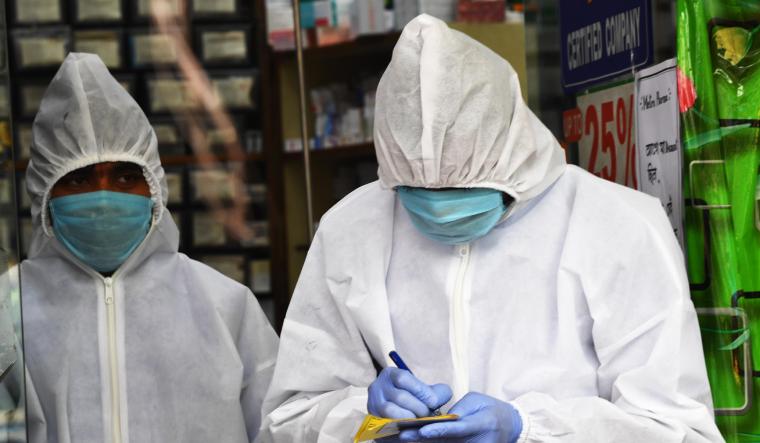 They say, “change begins at home”—this is true in every sense now, isn’t it? While many got busy making the most out of the lockdown by picking up hobbies, catching up with old pals and whipping up new recipes, six young engineers decided to look beyond quarantine trends on social media and focus on the real problem. In a bid to do their bit in the battle against Covid-19, the team developed a website where healthcare professionals and organisations can get information on the number of PPE kits and other virus-fighting products along with the details of the suppliers in different regions across the country.

“This website is solely for information; there is no buying or selling on this platform,” says team lead Mitesh Farsodia, who works as a technical expert in Mercedes Benz Research and Development India Pvt Ltd, Bengaluru. Calling it Covid19Fighters, Mitesh believes that one does not have to be in the forefront to be called a fighter; even a pint of effort to help the country come out of this crisis is enough. “We know that the website has very few suppliers registered on it right now but the number is likely to increase in the coming days. One or two hospitals have used our platform to locate suppliers in their area and get kits. It does not matter if the number of registrations increase or not. We would still keep working on it for the two hospitals that use our website; that is our victory,” says the 35-year-old.

Although it was Mitesh who came up with the idea of Covid19Fighters, being a mechanical engineer, he did not have the skillset to construct it by himself. This is where software experts Dhanraj Dhake, senior software developer, Integrative Systems, Pune and Manish Ram, senior engineer, research and development, Mitsubishi Electric India Pvt Ltd, Pune, came into the picture. Apart from development, the project needed a backend support and someone who can keep a tab on the database, that is when Vandan Wankhede who works as a business analyst at Brainbees solutions Pvt Ltd (firstcry.com), stepped in. Content and communication are handled by Ken Sabu who works as a senior engineer, Mercedes Benz Research and Development India Pvt Ltd and Satyam Pandey who is currently pursuing masters in embedded systems for mechatronics at University of Applied Sciences, Dortmund, Germany; both of them are 26-years-old and the youngest members of the team.

“The team has people from different parts of the country and with different skillset. This is exactly what our country needs right now—young people using their talents and skills to provide help in a time of crisis,” says Mitesh.

According to Manish who is the website designer, setting sail to the project is not the hard bit, keeping it sailing is difficult. “We took about two weeks to develop the website. All of us were so excited during the process of constructing this platform that we lost our sleep. Especially, Mitesh who had so much energy even after his normal eight-hour of work from home routine. We all do our morning shifts for our day job and then we work the second shift as fighters,” he says.

The biggest challenge, Dhanraj says, was to develop a user-friendly website so that small vendors also can get themselves registered on it. But convincing suppliers was not a piece of cake and still isn’t. The major chunk of the work was days before launch of the website when the team had to reach out to all the vendors across the country to ask them about the availability of the PPE kits and make them register in the website so that the public could know where to procure it. The information provided on the webpage is categorised based on region and product. “There is absolutely no charge for registration in the website. All the system asks for is their name, company’s name and location and the kind of PPE kits available. Most of the suppliers turned us down by questioning our credibility or saying that they don’t need an online platform to let people know about what they sell. We also suspect that some vendors are taking undue advantage of the situation and hoarding the kits to sell them at a higher price or in an illicit manner,” says Satyam. Another problem that he says is language barrier.

“I handle Southern states like Kerala and Tamil Nadu because I can interact with the vendors in the local language but again, the dialect changes with region and since they cannot see us, they don’t really have the patience to listen,” he says. The team found the contacts of registered suppliers of PPE kits on Google and India Mart and they personally called up and mailed each of them to join the team in the fight. “We even sent mails to authorities across the country informing them about the platform. The hard bit was mailing district collectors as they are called district magistrates in some places and deputy commissioners in others. We took the pain and figured it out as our main objective is maximum visibility for the site so that the fight becomes easier somehow,” says Ken.

According to Mitesh, the team is also looking at a second phase of the website where organisations can put up its requirement and vendors will have a chance to view it and directly get in touch with the buyers. “For now, we just want maximum supplier details on the page and maximum number of healthcare organisations using the facility. We will keep fighting till the clouds clear up,” he says.