Our faith in judiciary was never shaken but it was frustrating, Nirbhaya's uncle said 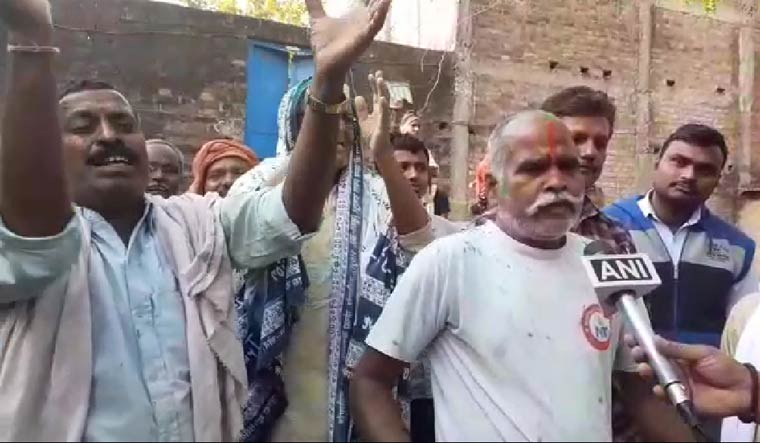 Though he has been up since 4am on Friday morning, and has hardly had any sleep in the past few days, Suresh Kumar Singh is the happiest he has been in a long while.

“It is as though a load has been lifted off our shoulders. We are free to breathe again”, he tells THE WEEK from his village of Merwara Kala in Ballia district of Uttar Pradesh. Merwara Kala is the ancestral village of the 23-year-old physiotherapy intern, who came to be known as Nirbhaya, who was gang-raped on December 16, 2012 in New Delhi.

It was here that her father—the third of four brothers—grew up and studied till class 12, before migrating to Delhi. Suresh is the youngest of these brothers, and is Nirbhaya’s uncle.

“I do not have a phone with video calling capacity or else would have shown you the media horde that has descended on our home”, says Suresh. When he spoke at 6.40am to THE WEEK, he still had not spoken to his brother Badrinath, Nirbhaya’s father. “But, I know what he must be feeling”, he says. The family had not celebrated Holi this year on March 9. “We were on the edge about the hangings. There were so many delays. Our faith in the judiciary was never shaken but it was frustrating”, he says.

The morning started with the distribution of besan laddus through the village, which has a mixed population of Kurmis and Bhumihar Brahmins. At 10am, they will gather at the Primary Health Centre (PHC) to celebrate Holi. The PHC, once promised as a hospital to be named after the deceased intern, was recently the site of an ugly altercation with the district’s Chief Medical Officer over the non-appointment of a doctor. A doctor has since been appointed, and he visits every other day. Suresh’s wife, Bhagmani, says that she has lit a diya in the small alcove of their two-room house. In the alcove is a photo of the family’s guru and of her niece. The photo in a brown frame is the only one they have of her as a grown up.

Bhagmani says that they often talk about how her niece would have been today. “She wanted to study and would have been the one to lead change in this generation of our family. Padho, padho (Study, study) was her constant advice to the girls of the village when she came here twice a year”, she says.

Arya Pandey, a 22-year-old English literature student who cycles to Ballia for 45 minutes for her course says, “This means so much to our village. The fear that families have had about sending their daughters to study outside will ebb. There is the conviction now that justice is possible”, she says. Pandey volunteers for the Red Brigade Trust—an organisation that works on teaching women self-defence, and one that was at the forefront at the struggle to demand a doctor for the PHC.

Lalji Singh (69), younger brother of Badrinath’s father says he spoke to his nephew at 4am in the morning. “They were on their way out of the court as all paperwork had been done by then. The media has been at my door since 11.30 last night. At 5.30am as the television channels started beaming the news, we broke into a folk song for Holi and smeared each other with gulal (dry colour).”

Lalji says that the fight though a long one, would never have been possible without the media or the countless people who marched in grief and defiance to force a change of laws related to rape and juvenile justice. “We are such small people. If the nation had not stood by us, what chance did we have? This hanging is a congratulation to every girl, every woman of this country who identified with my granddaughter, Justice took too long, but it has finally been delivered,” he said.