OPINION: Pre-retirement judgments and post-retirement posts — Judges and their politics 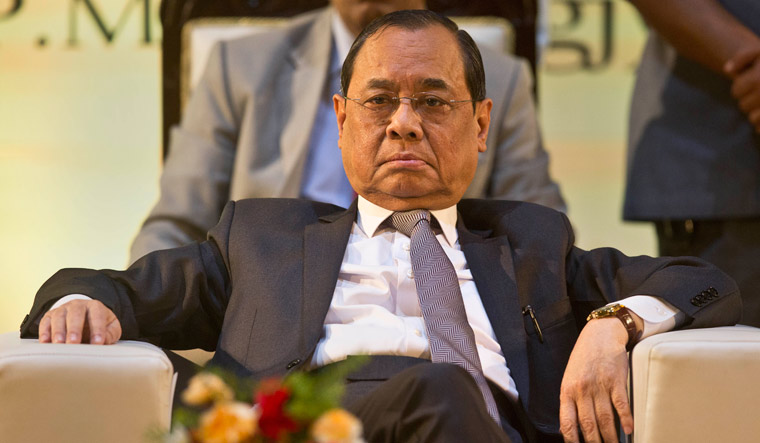 The nomination of Justice Ranjan Gogoi to the Rajya Sabha has raised serious questions about independence of judiciary and constitutional propriety. The fact that the nomination came within days of the Akhil Bharatiya Karyakari Mandal Baithak of RSS complementing the Supreme Court for its ‘highly balanced’ and ‘historic’ verdict in the Ayodhya dispute has led to accusations of quid pro quo.

Justice Gogoi headed the five judge Constitution Bench in M. Siddiq v. Mahant Suresh Das (Ayodhya Dispute 2019) that ordered the handing over of the disputed land to a trust, paving the way for the construction of the Ram Mandir. Of late, the Supreme Court has come under serious criticism for its handling of many crucial issues. Public adulation of the prime minister by some judges has not gone down well with the critics. However, when one looks back, this is not for the first time that allegations of constitutional impropriety and quid pro quo have been raised. One can draw interesting parallels with some such past events with those unfolding now.

Justice Sayed Fazal Ali is best remembered for his powerful dissent in A. K. Gopalan v. State of Madras (1950), probably the first case decided by the Supreme Court under Article 32 of the Constitution. A. K. Gopalan, a Communist leader had challenged his detention under the Preventive Detention Act, 1950 as violative of various fundamental rights including right to life under Article 21. While the majority agreed with the government’s view and upheld the detention, Justice Fazal Ali dissented and gave a wider interpretation to fundamental rights. This was the first dissenting judgment in the history of the Supreme Court, and the position adopted by him later became the law in Maneka Gandhi v. Union of India (1978).

The fact that he gave a judgment against the government did not deter the Nehru government in appointing him as the Governor of Orissa. Justice Fazal Ali had a distinguished career as a lawyer and was appointed as a judge of the Federal Court in 1947. He continued as a judge of the Supreme Court when it was inaugurated in 1950. He had a brief stint in the Supreme Court and retired in September 1951. Immediately after his retirement, he was sworn in as the Governor of Orissa. Though there were no allegations of quid pro quo, this step was criticised by many including the then Attorney General of India, M. C. Setalvad. In his autobiography, My Life, Law and Other Things, Setalvad notes, “The separation of the judiciary and the executive at all levels was an old and healthy demand which had been widely accepted and given effect to in many parts of the country…. Such appointments were also bound to impair the independence of the highest judiciary. Judges of the Supreme Court had from day to day to deal with the correctness and validity of the executive and legislative acts of the Union and State governments and they would clearly be subject to executive influence if they looked forward after retirement to preferment as Governors or any other executive office.”

It was nobody’s case that his appointment was a reward for any of his judgments. On the contrary, the government was utilising the services of an excellent judge in the initial years of nation building. He went on to become the Governor of Assam and headed the State Reorganisation Commission that recommended the reorganisation of states on linguistic lines. But the fierce criticism of his appointment clearly shows the demands of constitutional propriety that neither the judges should be considered for political posts, nor should they accept such positions. The criticism against the appointment of Justice P. Sathasivam as the Governor of Kerala shortly after his retirement as the Chief Justice of India must be seen in this light. That appointment led many to revisit his judgments to find out whether he was rewarded for some of his pre-retirement judgments.

The relationship between the political executive and the higher judiciary was anything but acrimonious in the late 60s and early 70s. Golak Nath v. State of Punjab decided in 1967 was one such flashpoint. In that case, an eleven-judge bench of the Supreme Court headed by Chief Justice K. Subba Rao ruled that the power of Parliament to amend the Constitution was limited and did not include the power to amend the fundamental rights. This was a major setback for the executive which was aggressively pushing for land reforms and other progressive measures including nationalization of major industries. In the presidential election held soon after, Justice K. Subbha Rao contested as the united opposition’s independent candidate. Though he filed the nomination papers after his resignation, the fact that he was holding discussions with the opposition leaders while he was in office raised questions about judicial propriety. This led to scepticism among many about the judgments given by him. The ruling party did not lose time in terming his candidacy as a conspiracy to destabilise the democratically elected government. It may be noted that the 1982 presidential election, which saw Justice H.R. Khanna (who was superseded for the post of Chief Justice of India by the Congress government) contesting as the opposition candidate and Justice V. R. Krishna Iyer contesting as opposition candidate in 1987 did not raise many eyebrows. It was because they took the political step many years after they demitted their judicial offices.

Of all the cases of executive – judiciary nexus, Justice Baharul Islam’s case stands out. Justice Islam started as a Congress politician and was elected twice to the Rajya Sabha. In 1972, he resigned and was appointed as a judge of the then Assam and Nagaland High Court. He went on to become of the Chief Justice of the Gauhati High Court and retired in March 1980. In an unprecedented move, he was appointed to the Supreme Court in December 1980. However, he resigned in January 1983 and was elected to the Rajya Sabha, again on a Congress ticket. It was criticised that his Rajya Sabha membership was as a quid pro quo for exonerating a Congress chief minister in a corruption case. The fact that the BJP points to his appointment even today to attack the Congress party, is a grim reminder that it is not only the image of the judiciary that gets tarnished in such appointments, but also the commitment of a political party to constitutional values.

Immediately after her re-election as the prime minister in 1980, Indira Gandhi received thousands of congratulatory messages. One such message read: “You have become the symbol of the hopes and aspirations of the poor, hungry millions of India, who had so far nothing to hope for and nothing to live for. I am sure with your iron will and firm determination, uncanny insight and dynamic vision, great administrative capacity and vast experience, overwhelming love and affection of the people, and above all, a heart which is identified with the misery of the poor and the weak, you will be able to steer the ship of the nation.” It was not penned by one of the block presidents of the Congress party but by a sitting judge of the Supreme Court Justice P. N. Bhagwati. This letter was written while the arguments in the Minreva Mils v. Union of India (1980) had just concluded and the judges were deliberating the judgment. This case also dealt with the amending power of the Parliament. The separate opinion given by Justice Bhagwati was consistent with the tenor and tone of his letter. A sitting judge eulogising the prime minister raised many uncomfortable questions and was heavily criticised by the bar and others including his brother judges of the Supreme Court. Recent comments by some of the Supreme Court judges praising the prime minister raise similar discomforting questions.

The nomination of Justice Ranjan Gogoi to the Rajya Sabha within four months of his retirement must be criticised. Though there is nothing in the Constitution prohibiting a retired judge to accept such positions, these appointments seriously undermine the independence of judiciary. Independence of Judiciary is held to be a basic feature of the Indian Constitution. The framers of the Constitution and the Supreme Court itself have taken great pains to insulate the judiciary from political pressure. Events like these do not bode well with the image of the judiciary as the protector of the Constitution and the rights of the people. Independence from within is an equally important aspect in preserving the relevance of the judiciary as an institution tasked with the onerous responsibility of upholding the constitutional values. As the recent events show, post-retirement appointment of judges poses serious questions about their conduct while in office. If we do not have prudent judges who can resist the temptation to take up post-retirement political posts, it is high time a constitutional prohibition imposing a cooling off period was brought in. It is worthwhile to consider the proposal of late Arun Jaitley to impose a two-year ban on judges taking up any post-retirement positions. Otherwise, as he rightly observed, pre-retirement judgments will be “influenced by a desire for a post-retirement job”.

Shiju Mazhuvanchery is a professor at Christ Academy Institute of Law, Bengaluru and teaches Constitutional Law.