EC pitches for linking of Aadhaar with voters list 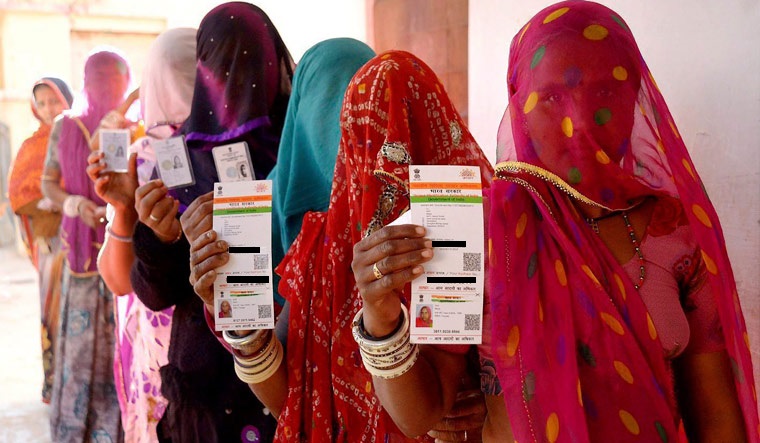 The Election Commission on Tuesday made a fresh push for electoral reforms with the government, including making paid news and false affidavits electoral offences.

In a letter to the Law Ministry, the commission recently proposed that provisions of the Representation of the People Act be amended to allow EC to seek Aadhaar numbers of those applying to be voters and those who are already part of the electoral rolls, sources in the poll panel explained.

Accepting the proposal to give it legal backing to collect Aadhaar data, the Law Ministry is learnt to have asked the poll panel to ensure that the data is protected at multiple levels. The EC recently listed out steps to protect the data from possible leaks. The poll panel also pitched for having more than one qualification date in a year for a person to become a voter the statement said.

At present, January 1 is the only date every year for a person to qualify as a voter. The EC wants multiple dates so that more people turning 18 years of age can apply to become voters throughout the year.

A statement by the Election Commission said Arora reminded the Law Ministry brass that there are more than 40 different proposals of electoral reforms which are "pending since long".

Another proposal that the EC pressed for on Tuesday is making electoral law gender neutral for armed forces personnel, the statement said. As of now, an armyman's wife is entitled to be enrolled as a service voter, but a woman army officer's husband is not, according to the provisions in the electoral law.

A bill which lapsed following the dissolution of the previous Lok Sabha proposes to replace the term 'wife' with 'spouse', thus making the provision gender neutral.

Sources in the poll panel pointed out that other proposals pending with the government include making filing of false declaration a ground for disqualification and putting a cap on expenditure by candidates in legislative council polls in the coming days.

The EC has also asked the government to make bribery during poll period a cognisable offence.

While the Law Ministry is the administrative ministry for the EC, the Legislative Department is the nodal unit for issues related to the poll panel.

As of now, candidates contesting legislative council elections don't have a bar on campaigning expenses, which, the EC wants to put a cap on.

The expenditure should be half of what is allowed for candidates contesting assembly polls. Every state has a different expenditure limit based on its size, number of voters and assembly seats.

As of today, bribery in elections is a non-cognisable offence where an investigation cannot take place without a magistrate's permission. The EC wants to make it a cognisable offence and bring in the category of "serious" crimes like murder, dowry, death, and rape.

The legislative secretary assured that the ministry is already examining these proposals, the statement said.