"Who in BJP govt has yet been held accountable for the security lapses?" asked Rahul 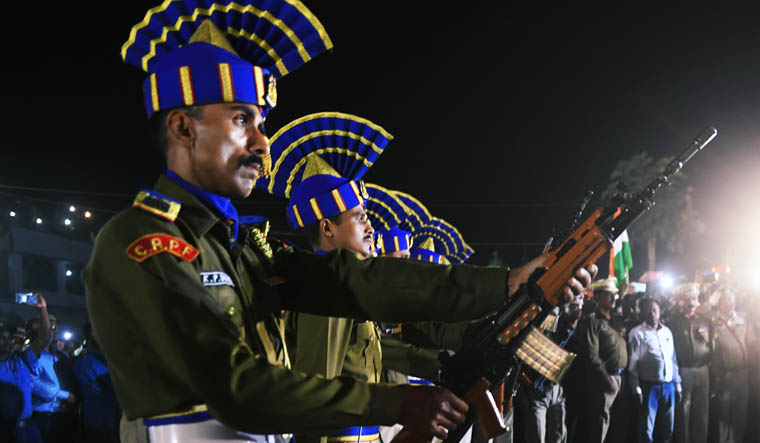 India will never forget the martyrdom of the security personnel killed in last year's Pulwama attack, Prime Minister Narendra Modi said on Friday. He termed the slain security personnel as "exceptional individuals" who devoted their lives to serving and protecting the nation.

On February 14 last year, a convoy of vehicles carrying security personnel on the Jammu-Srinagar National Highway was attacked by a vehicle-borne suicide bomber at Lethpora in Pulwama district of Jammu and Kashmir. Forty Central Reserve Police Force (CRPF) personnel were killed in the attack.

"Tributes to the brave martyrs who lost their lives in the gruesome Pulwama attack last year. They were exceptional individuals who devoted their lives to serving and protecting our nation. India will never forget their martyrdom," Modi tweeted.

Congress leader Rahul Gandhi on Friday remembered the CRPF personnel and asked who benefitted the most from the attack and what is the outcome of the inquiry into it.

Memorial to be inaugurated

A memorial to the 40 CRPF personnel killed in the Pulwama terror attack in February last year will be inaugurated at the Lethpora camp today. "It is a way to pay homage to the brave jawans who lost their lives in the attack," Additional Director General of CRPF Zulfiquar Hasan said on Thursday here after a visit to the site where the memorial has been erected.

The names of all the 40 personnel along with their pictures will be part of the memorial along with the moto of the Central Reserve Police Force (CRPF)—'Seva and Nishtha' (Service and Loyalty).

"It definitely was an unfortunate incident and we have learnt our lessons now. We were always extra alert during our movement but now an extra layer of alertness has been added to it," Hasan told PTI.

The supreme sacrifices of the 40 jawans has furthered increased "our resolve to eliminate enemies of the country". "We fight with extra vigour during an encounter with terrorists and that is why we were able to eliminate the entire Jaish-e-Mohammed commanders immediately after the attack on our jawans," he said.

While he refused to spell out the precaution that is taken during troop movements in the aftermath of the February 14 attack, officials in the security establishment said the movement of troops is now done in coordination with other security forces and the army. The Ministry of Home Affairs had also allowed the CRPF to carry its troops by air to avoid the possibility of any such attack.

The Jammu and Kashmir government had imposed a ban on plying of private vehicles on two days in a week to facilitate movement of troops. The order was later rescinded after the situation became normal. The process of bullet-proofing of vehicles carrying the troops was expedited and more and more bunker-type vehicles were seen on roads carrying the jawans.

The memorial has been set up inside a CRPF camp adjacent to the place where Jaish-e-Mohammed terrorist Adeel Ahmed Dar, driving an explosive-laden car, blew himself next to a convoy of security forces killing the 40 personnel. Almost all the conspirators behind the dastardly attack have since been killed with the last one being Qari Yasir, the self-styled chief of Jaish-e-Mohammad terror group, who was killed last month.