MHA has asked the anti-terror agency to begin the investigation 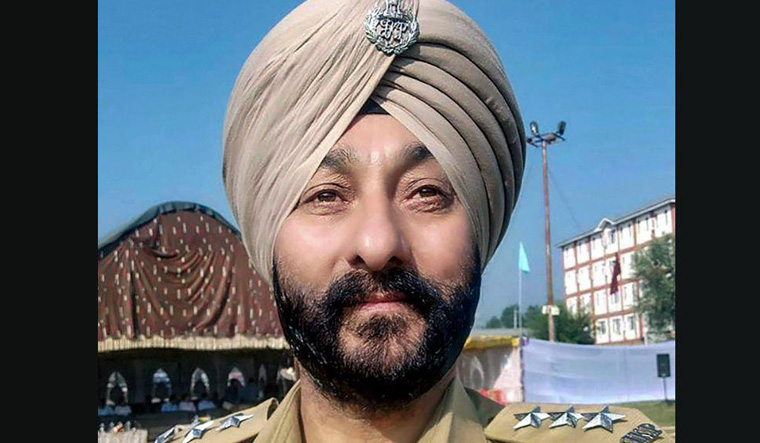 The Union Home Ministry has asked the National Investigation Agency to take over the terror case involving J&K Police DSP Davinder Singh who was arrested along with Hizbul Mujahideen commander Syed Naveed and his associates on January 10. NIA director Y.C. Modi had met Union Home Secretary Ajay Kumar Bhalla a few days ago and sources said the MHA asked the central anti-terror agency to take over the investigation without waiting for a formal request from the state government.

Preliminary investigations into the arrest of Singh have revealed that the officer had taken money from the Hizbul militants for giving them a safe passage to Chandigarh or New Delhi. A probe is being conducted into the possibility of the officer and his terror accomplices planning a strike on January 26. It is learnt that Hizbul commander Naveed had family members in Chandigarh and Singh had allegedly demanded Rs 12 lakh for his safe passage .

Singh and Naveed are being interrogated by the J&K police and the IB about their movements, contacts and plans they were going to execute after leaving J&K. The raids conducted at the residence of Singh had led to recovery of some grenades and an AK-47 rifle. Singh had allegedly transported militants out of the valley in the past, too. The CCTV footage at Srinagar airport is being examined to check whether he had travelled with any suspect recently. The movable and immovable properties of the tainted police officer are also under cloud and being verified.

The J&K police, along with other agencies like the IB and the RAW, have been continuously interrogating Singh under the supervision of senior officers.

Once the NIA begins its probe, Singh’s alleged role in the Parliament attack case will also be looked into as there are some leads suggesting he had helped militants to reach Delhi at that time as well. The NIA will also probe his alleged role in extortion of money and lending logistical support to terrorists. The possible involvement of more of his associates will also be investigated.

The NIA will also look into the the possible role of Naveed and Singh in the killings of non-local labourers and Apple traders in the valley after abrogation of Article 370.