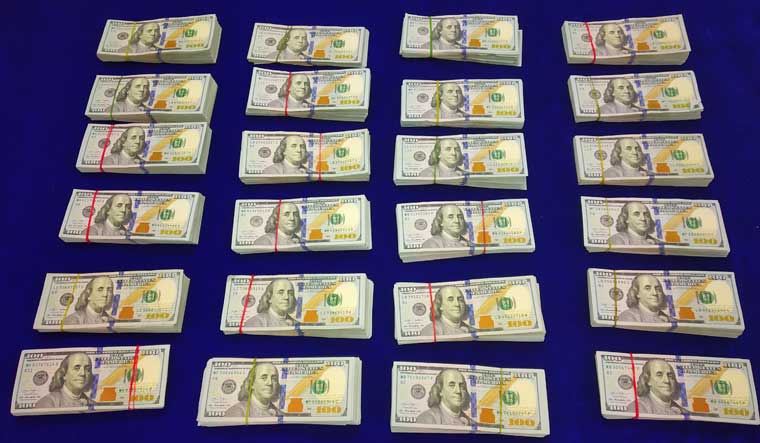 The dollars were in denomination of 100

Customs officials on Tuesday arrested three persons from Chennai airport after an amount of USD 2.32 lakh (equivalent to Rs 1.64 crore) was recovered from them. The trio— Abubakkar (39), Abdul Kader (30) and Firose (45), all from Chennai—were bound for Bangkok by Thai Airways flight TG 338 when they were intercepted by the Air Intelligence officers.

On questioning they informed that the currency was handed over to them by some unknown person outside the airport, the statement said. However, officials believe that all the three are part of the same gang.

Air Intelligence officers had kept special vigil at the departure terminal since Monday night based on information that attempt would be made to smuggle out foreign currency in large quantity from the airport.