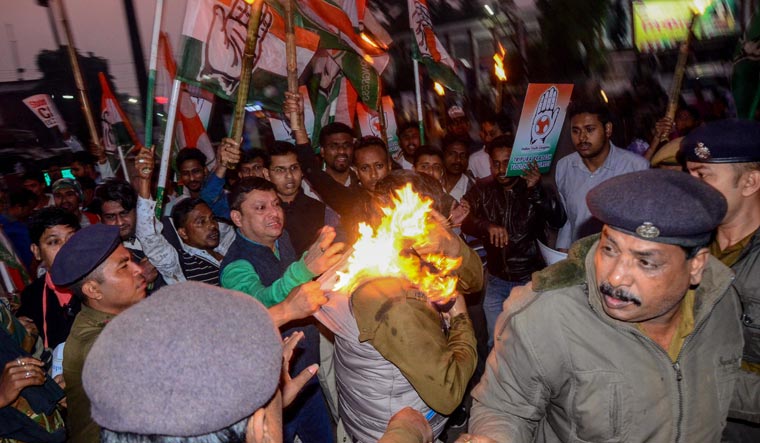 As the Citizenship (Amendment) Bill was passed by Parliament on Wednesday, the Meghalaya Chapter of the North East Indigenous People's Forum (NEIPF) demanded that the state government pass a resolution to immediately implement the Inner Line Permit (ILP) in the entire state.

The Bill, which seeks to provide citizenship to non-Muslim refugees from Pakistan, Afghanistan and Bangladesh, excludes areas in the Northeast protected by the Inner Line Permit and Sixth Schedule provisions from its ambit.

A delegation of the forum led by its chairman and president of the Federation of Khasi Jaintia and Garo People (FKJGP) Wellbirth Rani met and handed over a memorandum to Assembly Speaker Metbah Lyngdoh seeking his intervention.

"We would like to appeal to you as the Speaker of Meghalaya Legislative Assembly to call for a special session of the House to deliberate on the immediate need to place and pass a resolution on the application of the Eastern Bengal Frontier Regulation, 1873 (ILP) in the state of Meghalaya, the forum said.

Protests raged in many areas of the Northeast, particularly Assam and Tripura, against the Bill. It was passed by Rajya Sabha on Wednesday and by Lok Sabha on Monday.