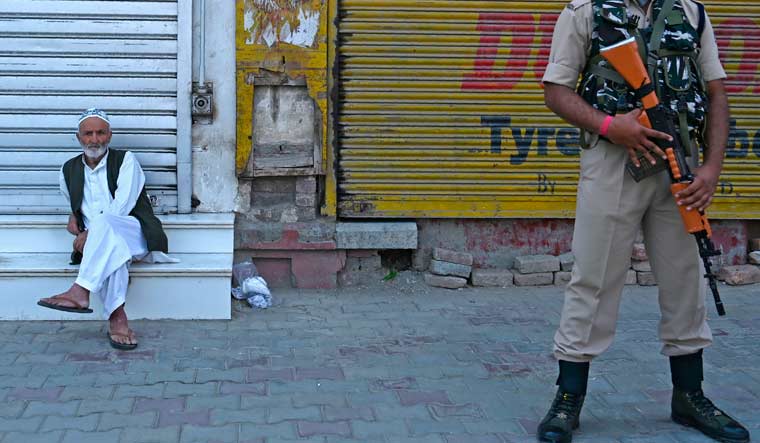 A deserted locality in Srinagar | AFP

A group of Muslim intellectuals on Wednesday called for easing of restrictions in Jammu and Kashmir, while asserting that the state is an integral part of India and national interest is paramount.

India First, a group of Muslim intellectuals, also issued a release, saying that as members of civil society, they are concerned at the current human sufferings, particularly in the Kashmir valley.

The group said the reorganisation of the state following the abrogation of provisions of Article 370 has raised apprehensions "in a section of the society".

"India as a democratic and secular country is governed by its Constitution. Every act of Parliament, with no exceptions, is binding on all of us. However, for seeking further amendments, the same forum is available with a set of mechanisms," the statement said.

Jammu and Kashmir is an integral part of India and there can be no compromise or surrender on that, the India First group said.

“The government would be focussing on those issues and the group also wanted to bring the focus on such areas,” he said.

“Restrictions need to be eased and eventually gone, and dialogue with the Kashmiri people should be started at all levels,” Khwaja Iftikhar Ahmed said.

The human factor must take precedence over everything else, he said.