Seven Project 17A class ships are being built at shipyards in Mumbai, Kolkata 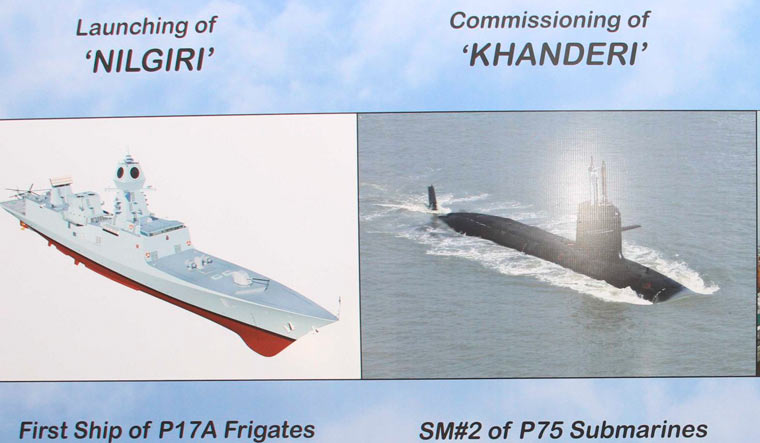 The design of the INS Nilgiri | Twitter handle of Indian Navy

On Tuesday, most reports about an Indian Navy press meet in Delhi were dominated by the impending entry into service of the INS Khanderi, a Scorpene class submarine, on September 28.

The Khanderi would be commissioned by Defence Minister Rajnath Singh at the Mazagon Docks in Mumbai on that date. On the same day, Singh would also inaugurate a dry dock at the shipyard that can embark aircraft carriers and also launch the first ship of the Project 17A class of stealth frigates, named the INS Nilgiri.

During its press briefing, the Indian Navy shared the design of the Project 17A and a digital video on it. The Narendra Modi government had authorised the construction of the seven warships of the Project 17A class in February 2015 at an estimated cost of nearly Rs 50,000 crore.

The launch of a warship may seem like routine news, but the Project 17A is not just another ship. The Indian Navy has operated warships that have employed stealth technology for over a decade, but the Project 17A class ships will be significantly more advanced and deadly than their predecessors.

The seven Project 17A class warships—four are being built at Mazagon and three at GRSE in Kolkata—are the first major surface ships that are being constructed in India using 'modular' methodology. The 'modular' method involves building a warship by first constructing smaller modules or blocks, weighing hundreds of tonnes, and bringing them together for final welding and assembly.

Using the modular method saves time as the blocks can be assembled at different locations. In addition, the blocks can be built together for multiple ships of the same design. An added advantage of modular technology is the reduced cost and time of incorporating upgrades and modifications to the ship in the future as parts can be detached and replaced more easily. Interestingly, the Scorpene class submarines were also built using modular technology.

The Project 17A class warships are derived from the in-service Project 17 'Shivalik' class of three ships, which entered service from 2010. The construction of each Shivalik class ship—INS Shivalik, Satpura and Sahyadri—took about a decade. In contrast, the Indian Navy plans to have all the seven Project 17A class ships in service by 2025-27.

In addition to construction methodology, the Project 17A Nilgiri class will be a radical upgrade over the existing Shivalik class in air defence capabilities.

The Shivalik class ships used the Russian Shtil surface-to-air missile as their primary air defence weapon. The Shtil is fired from a single mechanical missile launcher in the bow of the ship. The use of a mechanical launcher limited the number of missiles that can be fired at a time to just one. 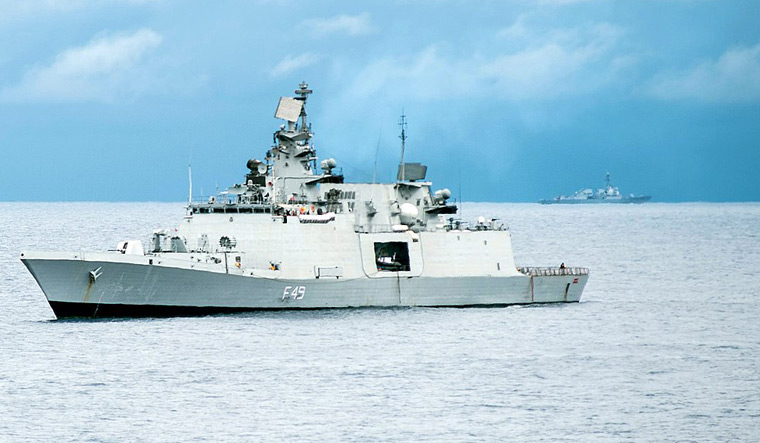 In comparison, the Project 17A class ships will use the Barak-8 surface-to-air missile, jointly developed by India and Israel. The Barak-8 is fired from a vertical launch system, which consists of multiple individual missiles in separate container-launcher silos installed in the hull of the ship. A vertical launch system enables multiple missiles to be fired simultaneously.

In addition to the advantage of a vertical launch system, the Barak-8 features longer range (over 70km) and a more advanced radar seeker than the Shtil, enabling it to deter attacks by multiple aircraft and anti-ship missiles, at longer distances.

An added benefit of the vertical launch system is that it reduces the radar signature of the Project 17A class ships as the system is buried inside the ship's hull, unlike a mechanical launcher, which remains exposed on the deck.

The Project 17A class ships will also use a larger main gun, which has a calibre of 127mm, unlike the Indian Navy's existing fleet of ships that use 76mm and 100mm guns. A 127mm calibre gun can strike targets at least 24km away and is more suitable to attacking facilities on shore than smaller weapons. In April 2018, the government had cleared the purchase of 13 127mm guns from BAE Systems in the US at a cost of over Rs 3,000 crore. A 127mm gun would give the Project 17A the capability to strike land targets.

The Project 17A ships also feature an upgrade in sensors. The image of the Project 17A supplied by the Indian Navy on Tuesday showed the ship equipped with the MF-STAR radar from Israel, mounted on a tall mast. This long-range radar, which is already deployed on the Kolkata class destroyers of the Indian Navy, has a range of around 450km and can detect multiple targets at once. The MF-STAR is also capable of detecting targets that use stealth features, offering an improvement over the older fleet of Russian-origin radars.