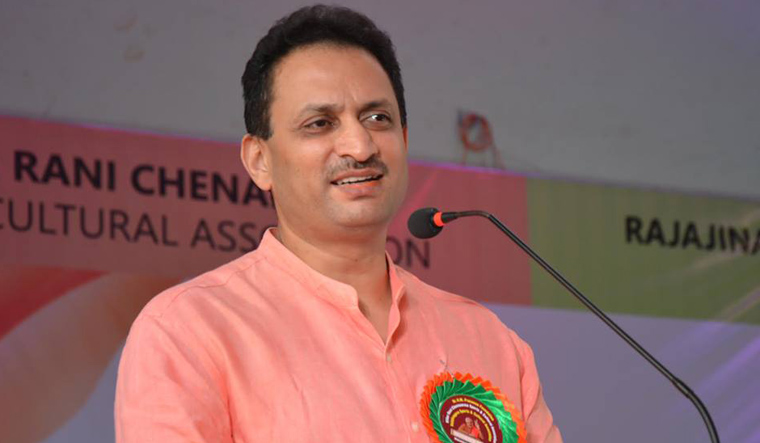 In the wake of the resignation of the Deputy Commissioner of Dakshina Kannada Sasikanth Senthil, a BJP MP from Uttara Kannada, Anantkumar Hegde, launched a furious tirade against the IAS officer on Twitter.

In two videos posted on Twitter, Hegde dubbed Senthil’s actions ‘seditious’ and called for action to be taken against the officer. “The resignation of Senthil… should not be taken lightly. It is not a small issue. This is a case of treason. If an IAS officer can criticise the decision taken by the government in the parliament, there can be nothing more seditious.”

Hegde added that “this is not a question of one’s individual freedom but a case of undue liberty. These wicked acts must be exposed and so also te invisible hands behind such acts. What prompted him to quit the service must be probed.”

Calling Senthil’s resignation “seditious” and “unpardonable”, Hegde continued. “How can a government servant question the decision of an elected government, especially when the decision is constitutional? This reflects the officer’s arrogance and lack of decency. This act should be condemned by the people and the government must take immediate action against the erring officer.”

A day before, on September 8, Senthil highlighted the multiplicity of issues that had caused his resignation In an interview with Hindustan Times, he mentioned the abrogation of Article 370, the communications shutdown in Kashmir, and a sense that the government’s actions were not in sync with the Constitution as the reasons behind his resignation.

Then, Hegde retweeted the story on Twitter, saying, “If this guy can conclude that the Union Government is fascist; then we have the liberty to call him another paid #Gaddar, dancing to the tunes set by his real paymasters! This may be the debate he wants to initiate!”.

Hegde is a former Minister of State for Skill Development and Entrepreneurship.

Following his resignation, Senthil had spoken about how critical debate leads to the charge of being anti-national.

He told News Minute that there was no space for rational debate any more, saying that “one of the tenets of a fascist framework is to replace rational debate with hyper-nationalism. The moment you start a debate, the third argument invariably will be whether you are an anti-national”.

In his resignation statement, Senthil had said that democracy was being compromised and that it would be unethical for him to continue as a civil servant.

Sasikanth had served as the Deputy Commissioner of Dakshina Kannada for nearly two years, after quitting his job in a ‘reputed company’. He was the 2009 state topper of the UPSC exams in Tamil Nadu, with an all-India rank of nine.

His resignation came after that of Kannad Gopinathan, a Kerala-cadre IAS officer who tendered his resignation in August on the grounds that his voice was being curtailed.