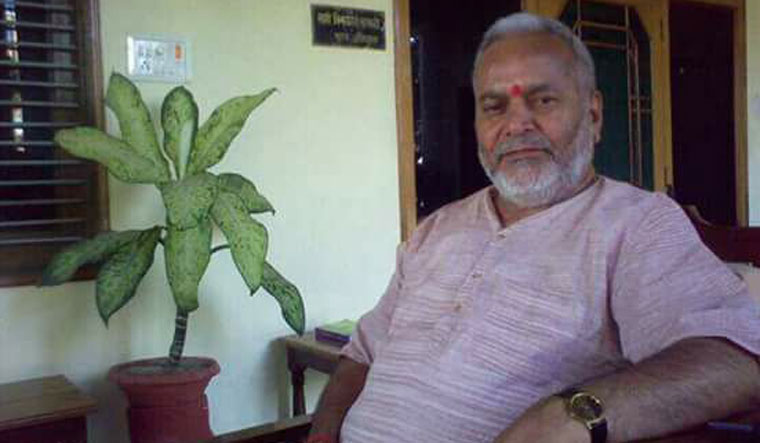 Before a 23-year-old law student from Shahjahanpur went missing after alleging harassment from Swami Chinmayanand, the former minister was accused of rape in 2011 but trial in the case has been stalled.

B.P. Gautam, the husband of the now 41-year-old, who had filed that case in 2011 told THE WEEK: “Three times Chinmayanand has gotten stay from the High Court. There is a non-bailable arrest warrant against him, but with the stay, it cannot be executed. Our files have gone missing on more than one occasion from the court”. In 2018, the state government had written to the district court of Shahjahanpur (before which the case is listed) for withdrawal of the case, but the plea was rejected.

Swami Chinmayanand was the minister of state for Home in the BJP government of 2003. He was elected to the Lok Sabha first in 1991. His official profile on the Lower House website lists association with “several spiritual, cultural and educational organisations” as his interests.

The Swami Shukdevanand Law College, in which the now missing law student had been studying for the last six years, names Chinmayanand as the Chairman of its Management Committee. A message from him, displayed prominently on the home page of the college website, speaks of the country’s constitution as the ‘best in the world’ which despite its many amendments ‘has been able to maintain its diversity’.

“He is all powerful. He is above the judiciary, the government and the media. No one can touch him,” Harish Sharma, father of the girl who went missing on Friday after posting a video on her Facebook account told THE WEEK. In the video, in which the girl appears to be in a moving vehicle says that her life has been destroyed by the Swami and that her family has also been threatened.

As per Sharma, at 5.54pm on August 24, his daughter called his wife Rajni from an unknown number. “She said that if her phone was to be switched off, the family must assume that she is in danger. My wife called back on the number. It was of a hotel near a bus stand in Delhi. My daughter’s phone has not been reachable since then,” Sharma said.

The girl, who was also working at the institute’s library, would visit home on Sundays and holidays. On other day,s she would prefer to remain at the girls’ hostel on the college campus on the Mumukshu Ashram. “We thought it would be safer there instead of trying to get home late evening after extra classes and work,” said Sharma, who last saw his daughter on August 15 and 16 when she had come home to celebrate Raksha Bandhan.

“She had never mentioned any problems that she might have been facing. We came to know about the video only on the morning of the 25th after the local media carried reports of it,” Sharma told THE WEEK. He had tried to lodge a complaint with the police on the same evening. An FIR in the case (for kidnapping and criminal intimidation) was registered on the 27th only after the issue garnered national attention.

In the 2011 case, the survivor had attempted to file an FIR under many sections, including blackmail and forcible confinement against Chinmayanand. She was the former principal of an inter-college running from the same premises where the law student was pursuing her Masters.

“The final report only mentions Sections 507, 506 and 374. Since the trial has not commenced, charges cannot be framed. We continue to live under fear. My wife was lured under the pretext of being made a sadhvi. It took three years for her to find out that the sect of which Chinmayanand is a part cannot have women seers. He is not just committing crimes against women but also against religion,” said Gautam to THE WEEK.

Meanwhile, the National Commission of Women has taken notice of the case of the missing student and asked the UP DGP to report on its status.