The village head is seen abusing the couple and threatening them 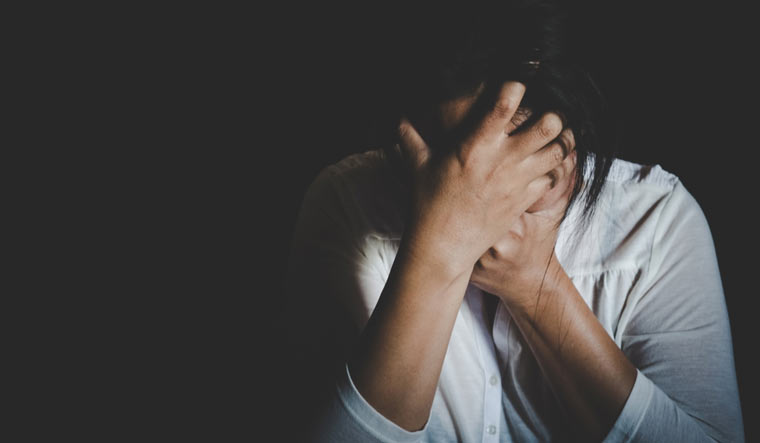 A 17 year old girl, belonging to Dalit community, was beaten mercilessly by a village elder in Andhra Pradesh for her alleged relationship with a 20 year old man. The incident took place last week in KP Doddi village in Anantapur district. In the video clip which went viral, the girl and the boy can be seen surrounded by villagers during a panchayat. The girl was first slapped and then caned by a village elder, Boya Linganna.

He is seen abusing the couple and threatening them. It is learnt that the parents of the girl requested Linganna to interfere as they were against the relationship. The video clip has forced the local police to take the incident seriously. However they are helpless as none of the victims or their families are willing to lodge a complaint. The police have registered a case but are yet to arrest anyone.

The parents say they have nothing against the village head. According to a police official, the village elder, Linganna is highly respected and the villagers have threatened to stage a dharna if he is arrested. Though the other elders of the village asked the couple to forget their love as they were cousins, they insisted on wanting to get married. The girl was eventually sent home with her parents.

A case, however will be filed under SC/ST atrocities act and other relevant sections prior to the preliminary investigation.