The MLAs submitted in sworn affidavits before Speaker Niwas Goel 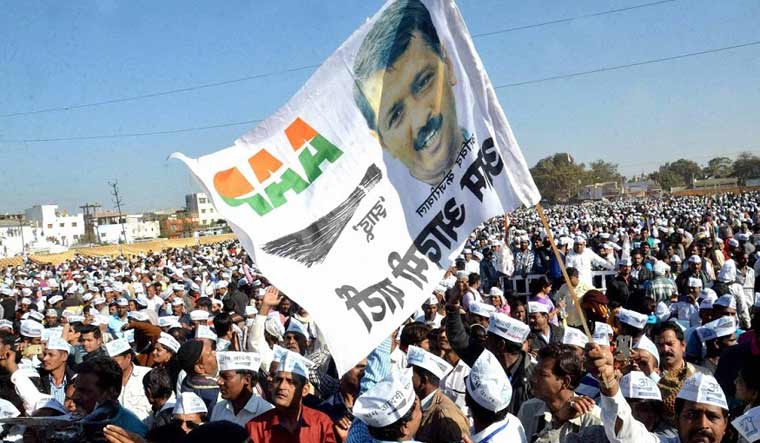 [File] AAP claimed that in the run up to the recent Lok Sabha elections, the BJP had poached two of its MLAs | PTI

As MLAs from opposition parties make a beeline for the BJP in different states, Delhi presents a curious case of two Aam Aadmi Party legislators, who their party claims to have joined the saffron party. The MLAs, however, submitted in sworn affidavits before Vidhan Sabha Speaker Niwas Goel that they had not left the AAP.

Arvind Kejriwal's party claimed that in the run up to the recent Lok Sabha elections, the BJP had poached two of its MLAs—Anil Bajpai and Col Devinder Sehrawat. The party also petitioned the speaker, seeking disqualification of the two legislators under the anti-defection law. Now, according to the AAP, the two MLAs have stated in their sworn affidavits before the speaker that they have not defected to the BJP.

“On May 3 and May 6, the senior leadership of the BJP including Shyam Jaju, Vijay Goel and Vijendra Gupta held two press conferences and informed us that two Aam Aadmi Party MLAs—Anil Bajpai and Col Devinder Sehrawat—have left the AAP and joined the BJP,” said AAP chief spokesperson Saurabh Bharadwaj.

He said that, however, when Speaker Ram Niwas Goel sought a reply from the two MLAs on a disqualification petition moved by him, they said on oath that they had not joined the BJP and continued to be members of the AAP.

Bharadwaj played videos of the press conferences he referred to, saying all of Delhi was witness to the two MLAs joining the BJP. He said the BJP even issued a press release to inform about their joining.

“Yet, yesterday on sworn affidavits, Anil Bajpai and Devinder Sehrawat said, 'I am in Aam Aadmi Party and I have not joined the BJP',” he said.

Bharadwaj further claimed that the lawyers who had for long represented the BJP in several matters had argued in their favour before the speaker on Thursday. According to him, they had also claimed that the media reports that the two MLAs had joined the BJP were false. The AAP's charge is that the two MLAs have denied joining the BJP in order to evade action as per the anti-defection law.

Meanwhile, on the request of the lawyers representing the two MLAs, the speaker has summoned the reporters and editors of five newspapers, which had reported the purported defection of the two legislators into the BJP, on July 20. They will appear before the speaker and will be asked to reaffirm the veracity of the contents of their reports.