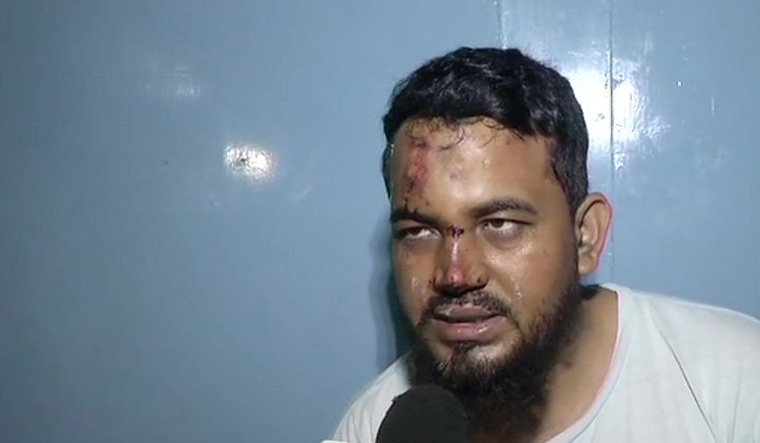 A 40-year-old Muslim cleric has alleged that a car hit him in northwest Delhi's Rohini on Thursday after he refused to heed the demand of its three occupants to chant 'Jai Shri Ram'.

However, police said they are verifying the claims made by the cleric.

In his complaint to the police, Maulana Momin (40), who teaches at a local madrassa in Rohini's Sector 20, said the incident occurred on Thursday evening when he was taking a stroll near the mosque-cum-madrassa. As he walking back towards his mosque around 6.45pm on Thursday, Momin said a car first brushed past him. The car had 'Jai Shri Ram' written on its windscreen.

"Three men in their mid-thirties tried to shake hands with me. I was suspicious of their intentions, but nevertheless shook hands with them," Momin said. The three asked about Momin's well-being to which he replied, "By the grace of Allah, I am good. They objected to it and asked me to chant Jai Shri Ram."

Momin refused to chant Jai Shri Ram and said they were free to do so. "I started walking back to my masjid, but I was hit by a vehicle. The impact was such that it flung me in the air. As I fell on the ground, I lost consciousness," he said.

One of the passersby called police who later took him to the Sanjay Gandhi Hospital in Sultanpuri. Momin suffered injuries on his head, face and hands. Momin gave a formal complaint on Friday.

A senior police officer said the complainant has reported the alleged incident and police have registered a case of accident under Section 337 (causing hurt by endangering life or personal safety) and Section 279 (rash driving) of the Indian Penal Code.

Police said they are scanning CCTV cameras to find information about the three persons allegedly in the car.