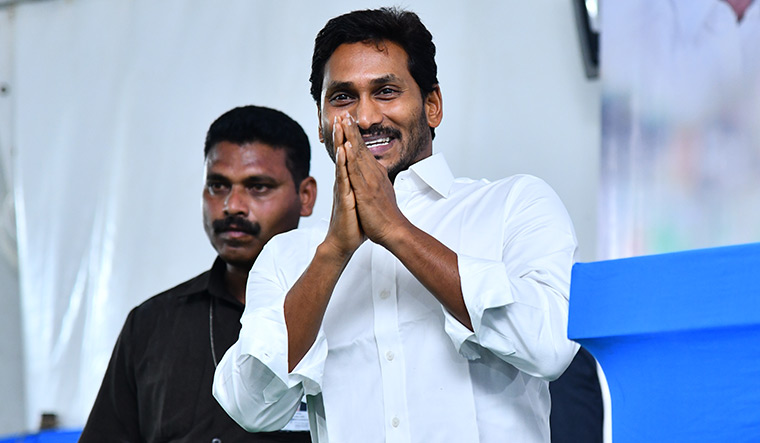 Andhra Pradesh chief minister designate Y.S. Jagan Mohan Reddy has promised to abstain from seeking votes if he fails to deliver on his promise of complete liquor prohibition in the state by 2024.

To formulate the liquor ban policy, the Andhra Pradesh government will be working with Jana Chaitanya Vedika, a civil society group, which has been asked to submit a report based on which the policy will be framed.

ALSO READ: Interview with Y.S. Jagan Mohan Reddy: 'I want to deliver like dad did'

It seems almost certain that the liquor policy will be implemented in a phase-wise manner. In the first phase, liquor shops near national and state highways will be banned. In the second phase, the number of shops serving alcohol will be reduced. Throughout the first two phases, the government will gradually acquire control over liquor supply. Finally, by the end of the third phase, liquor will only be sold in 5-star hotels. These phases will also be supported by de-addiction and awareness programmes.

While this plan prima facie seems to promise results, there are a few points of speculation.

The first concern is purely financial. This may be a significant factor in determining the viability of the policy, as Andhra Pradesh already has a revenue deficit of Rs 16,000 crore after the split from Telangana. The state earns around Rs 5,789 crore from excise revenue, against a total revenue of Rs 1,05,062 crore (2017-18).

Ironically, there are also instances where a liquor ban in one state can result in sharp rises in excise revenue in neighbouring states. In 2016, Bihar’s liquor ban caused a spike in excise revenue in West Bengal, Jharkhand and Uttar Pradesh. This suggests either that liquor is smuggled from states with prohibition to states without it, or that alcohol consumers are willing to cross state borders in order to partake. In fact, prohibition in Bihar proved a boon for the state’s Maoists, who made money by supplying alcohol to their areas of influence.

History suggests that bans are seldom long-lived. In most states where liquor prohibitions were brought into effect, they have been called off within a few years. Haryana banned liquor in 1996, but called it off in 1998. Andhra Pradesh had previously banned liquor in 1994, but it was subsequently repealed in 1997. Kerala banned alcohol in 2014, but a change of government in 2017 saw the ban revoked. Reflecting on the experiments in Andhra Pradesh and Haryana, economists like Ajay Mahal have argued that pricing, rather than prohibition, can prove more effective at increasing public gain at the cost of alcohol consumption.

(With inputs from Rahul Devulapalli)