Perhaps the first state to do so in India; 'virginity tests' banned by SC in 2013 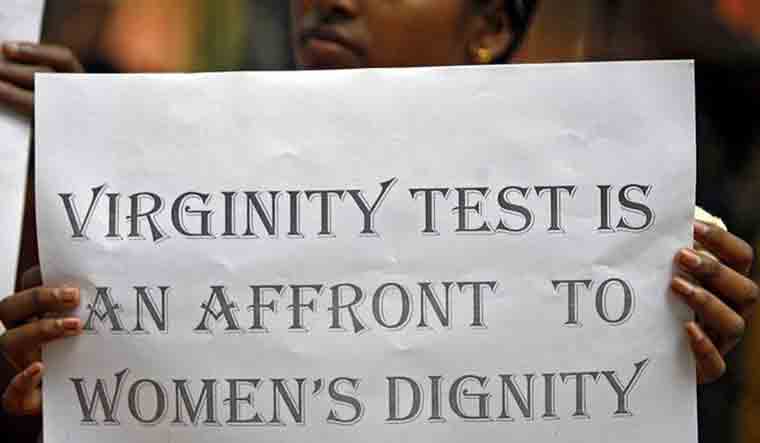 In a historic decision, the Maharashtra University of Health Sciences (MUHS) has approved the removal of the topic ‘signs of virginity’ from Forensic Medicine and Toxicology subject for second-year medical students from the next academic year. This means that the controversial ‘virginity test’, or ‘two-finger test’ would no longer be a part of the medical syllabus for students starting next academic year.

A curriculum panel of MUHS unanimously approved the decision following a petition by Dr Indrajit Khandekar, a professor at the Mahatma Gandhi Institute of Medical Sciences, Sewagram, who noted that the content on 'signs of virginity' had no scientific basis, and did not aid in a sexual assault investigation.

With the MUHS decision, Maharashtra has perhaps become the first state to remove the topic from medical textbooks. Earlier, it was among the first states to implement the ban on virginity tests soon after the Supreme Court judgment in 2013.

However, despite the ban, sexual abuse survivors continued to be subjected to the test in India. In fact, it was normal for police to routinely ask medical examiners to establish if the survivor was “habituated to sexual intercourse”, via 'two-finger' test.

The ‘virginity test’ entails an examination of female genitalia to determine whether a woman or girl has had vaginal intercourse. The test is widely considered to be unethical as a detailed examination of the hymen alone is often inconclusive in cases of suspected rape or child sexual abuse.

In his report, Khandekar stressed that virginity test was not a useful clinical tool and could be physically, psychologically, and socially distressing for the examinee. He also stated that the test could not give decisive evidence of vaginal intercourse or any other sexual history.

In October 2018, the UN Human Rights, UN Women and the World Health Organization (WHO) in a joint report said virginity testing was a long-standing tradition documented in at least 20 countries across the world. “Women and girls are subjected and often forced, to undergo virginity testing for various reasons. These include requests from parents or potential partners to establish marriage eligibility or from employers for employment eligibility,” the report noted.

Apart from violation of human rights, the test could cause additional pain and mimic the original act of sexual violence, leading to re-experience, re-traumatisation and re-victimisation, and might leave a long-term impact on the victim, including anxiety, depression and post-traumatic stress.