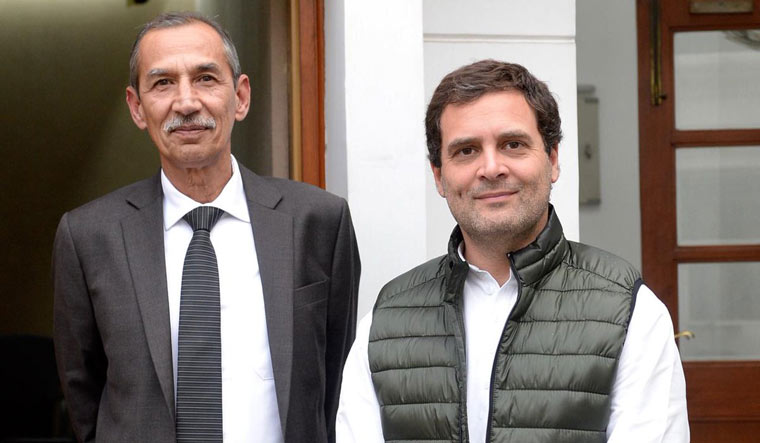 India must be prepared for unilateral, limited military actions against terror groups in Pakistan as it can be assured of peace only if it demonstrates its capability to defend national interests through the use of force, according a report by the Congress-constituted task force on national security.

The report by the task force headed by Lt. Gen (retd.) D.S. Hooda, made public on Sunday, stated that India's military preparedness will have to cater for a range of response options from surgical strikes to an all-out conflict as future conflicts will see an increased blurring between the tactical, operational and strategic levels of war.

The task force also called for long-term resolution to the difficult problem of conflict in Jammu and Kashmir and said serious efforts are required for countering radicalisation in the state.

The panel also called for cooperation with China and strengthening India's military preparedness through more budgetary allocation and modernisation in the defence sector.

"When required, India must also be prepared for unilateral, limited military actions against terror groups in Pakistan. India must also not rule out dialogue with Pakistan. However, talks with Pakistan must be structured, and further progress must be based on visible results. India and Pakistan must also seriously engage on nuclear issues. Nuclear sabre rattling by Pakistan is a major hindrance to stability in South Asia," the Congress report states.

"We will only be assured of peace if we can visibly demonstrate our capability to defend our national interests through the use of force. Future conflicts will see an increased blurring between the tactical, operational and strategic levels of war. Our military preparedness will have to cater for a range of response options from surgical strikes to an all-out conflict," it said.

Noting that India-Pakistan relations are at a new low, the panel said Pakistan's attempts to bring India to the negotiating table by destabilising Kashmir have not only failed but also hardened India's stance.

It said that international support to India's air strikes in Balakot has reinforced the policy on cross-border operations. "However, there is also no doubt that military actions carry the risk of escalation and this needs to be factored into our future plans," it said.

The report by Hooda, who is said to have headed the team that conducted the surgical strikes on terror camps in Pakistan-occupied Kashmir in 2016, stated that there is a need to have a sustained and long-term strategy to build consistent pressure on Pakistan to desist from supporting terror, and diplomacy and economic isolation will play a large part in this strategy.

It noted that despite successes on this front, the challenges remain particularly in Jammu and Kashmir, the northeast and the leftwing extremism-affected areas.

Terming the conflict in Jammu and Kashmir as India's "biggest internal security challenge", the report said the two key factors responsible for continuing strife in the state are constant support of Pakistan to terror activities in the state and the sense of anger and alienation among sections of the population in the Kashmir valley.

"This is exacerbated by growing radicalisation," it said, adding that rise in number of local youths joining terror ranks is another worrying factor.

"The immediate focus should be on bringing calm to the streets and reducing violence levels in Kashmir. It is only after this that further steps can be taken for a long-term resolution to this difficult problem. And calm will come only if we deal with the people of Jammu and Kashmir with empathy and understanding. A well-thought-out surrender and rehabilitation policy could be an effective step in reversing the growing trend of locals joining terror ranks. Healing must begin from within the state," it said, calling for encouraging civil society to take the lead in this.

The vexing problem of the displaced Kashmiri Pandit community must be squarely faced to find an honourable solution, it said.

"Killing terrorists is an integral part of military operations to ensure that the state does not descend into chaos. However, this is not the primary measure of success or conflict resolution. Serious efforts are required for countering radicalisation,” the Congress report suggests.

It also called for the need to have better protective equipment, bulletproof vehicles, counter-IED technology, surveillance and early-warning devices, and strong garrison security, that needs to be made on priority.

The committee also said the nuclear command and control system should be hardened against cyber attacks and India needs to gradually start building up a missile defence system to protect major cities.

The task force report said the current budgetary allocations for defence, tardy procurement procedures, existing force composition, and decision-making structures pose a serious challenge to force modernisation and measures need to be taken to overcome this.