The Twitter thread is the caricatures of six major politicians 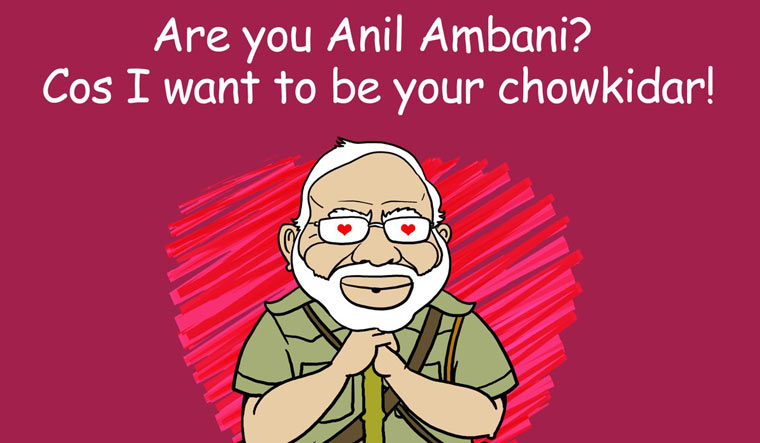 “Love not hate” is the message that the Congress party wants to give to the ruling BJP on this Valentine's Day. The opposition party on Thursday morning put out a series of tweets, each of which is at its sarcastic best, trolling Prime Minister Narendra Modi and five other leaders of the saffron party.

The Congress targets the BJP leadership on the micro-blogging site at a time when the campaign for the Lok Sabha elections is gradually gathering steam.

The Twitter thread that the grand old party shared is the caricatures of six major politicians of the ruling party with specific captions related to each person.

While the prime minister is trolled for his alleged nexus with business honchos like Anil Ambani, Textiles Minister Smriti Irani is mocked over her “Yale” degree. One tweet takes a jibe at BJP chief Amit Shah over allegations of horse-trading attempts in states like Karnataka, while the other targets Defence Minister Nirmala Sitharaman over Rafale deal.

The Congress also poked fun at Uttar Pradesh Chief Minister Yogi Adityanath over his government's move on changing the names of cities. Railway Minister Piyush Goel is laughed at for sharing a 'doctored video'.

The Silencer: You say it best, when you say nothing at all!