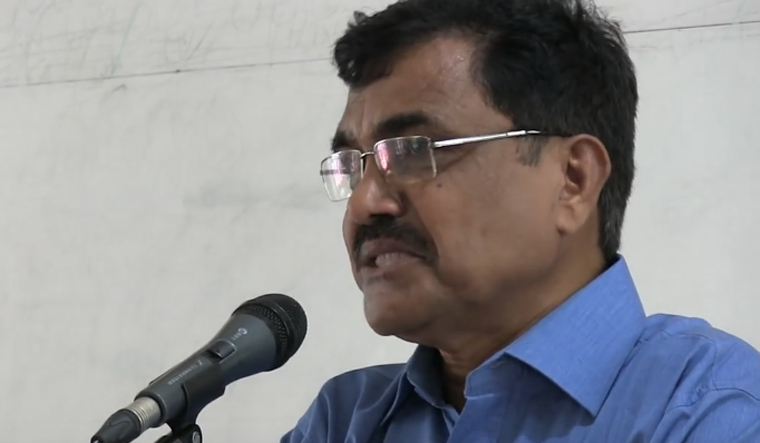 Academic and activist Anand Teltumbde was arrested early on Saturday morning in Mumbai for allegedly having links to Maoists in orchestrating the violence at Bhima-Koregaon a year ago.

On Friday, a court in Pune had rejected Teltumbde's anticipatory bail plea, with the judge noting the investigation had collected sufficient evidence against him. Teltumbde had approached the Pune court after the Supreme Court had rejected his plea to quash an FIR naming him as an accused in the case of the Bhima-Koregaon violence.

Prosecutors allege Teltumbde had been in touch with organisers of the Elgar Parishad and other activists such as Surendra Gadling, Rona Wilson and Shoma Sen, who were arrested last year.

Last month, the Supreme Court had granted Teltumbde interim protection from arrest till February 11. Teltumbde is a senior professor at the Goa Institute of Management.

Activist-lawyer Indira Jaising decried the arrest of Teltumbde as a “gross violation” of the Supreme Court order barring his arrest till February 11 and called it “contempt” of court.

Anand Teltumbde was arrested at 3.30 am in the night, flouting SC orders that he was not to be arrested for 4 weeks. This midnight knock is a sure sign of India's descent into fascist hell - fail to recognise it at our peril. Pl attend this PC if you're in Delhi pic.twitter.com/17srbf0dOV

Activist Kavita Krishnan accused Prime Minister Narendra Modi and BJP chief Amit Shah of being behind Teltumbde's arrest and described the “midnight knock” to arrest him as “a sure sign of India's descent into fascist hell”.