New vaccine to prevent diphtheria in adults to be introduced 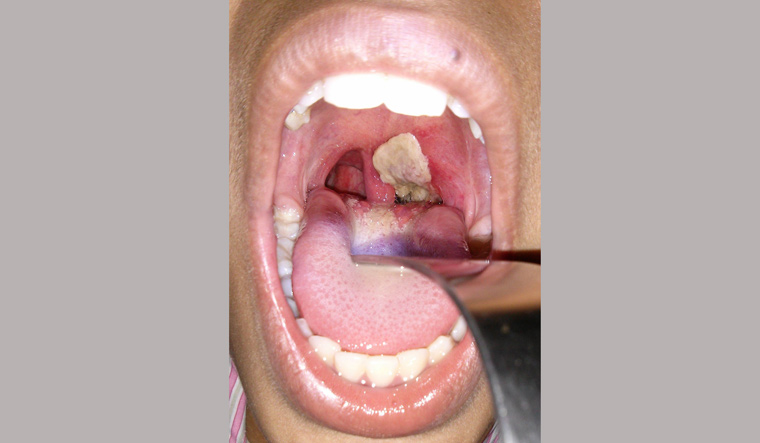 Soon, a new vaccine to prevent diphtheria in adults will be part of the Union government's vaccine programme. The Td vaccine (Tetanus-Adult diphtheria) will be introduced across the country, and given to those between 10-16 years, Dr Pradeep Haldar, deputy commissioner, immunisation, Union ministry of health and family welfare, told THE WEEK. “The plan will be rolled out any time soon,” Haldar said. Diphtheria is a serious bacterial infection that affects the mucous membranes of the throat and the nose. Although preventable, it is a highly infectious disease.

Last year, news of deaths of 30-odd kids at a north Delhi hospital because of diphtheria caused much concern among state authorities.

“Though we are vaccinating babies against diphtheria in the universal immunisation programme [three shots of pentavalent vaccine and two DPT booster doses], a need was felt to immunise adults, too, because of the recent rise in cases,” said Haldar. Based on the recommendations of the National Technical Advisory Group on Immunisation, the Union government has now decided to replace the Tetanus Toxoid vaccine—currently being administered at 10 and 16 years—with the Td vaccine.

Haldar said that the Union government was also pushing the campaign for the Measles-Rubella vaccine, currently being administered at 9-12 months, and 16-24 months. Measles kills 3.5 (per 100) children, and around 30,000-40,000 children succumbed to the disease every year, he said.

As of now, the vaccine is being given across 30 states and Union territories, and around 20 crore children have been immunised. The MR vaccine provides lifelong immunity to 95 per cent of the children who get the shot. The Union government's target is to cover 40 crore children (from 9 months to less than 15 years) by 2020. “While measles is taken seriously because of its debilitating effects, rubella is very mild, and does not evoke much concern. However, if a pregnant lady catches the rubella virus, it causes congenital defects in her baby,” Haldar said.

Many countries had tried to vaccinate pregnant women as a strategy to control the congenital rubella syndrome. But the strategy failed to prevent the disease, he said. Vaccinating babies with the MR vaccine remains the best, and the most cost-effective option yet, he said.

However, much like any other vaccine, Haldar said that ensuring full coverage for the MR vaccine was also a challenge because of rumours of its effects on the children, on social media networks. “While measles has a local name, rubella has no name in any language. Since one of its technical names is 'German measles', some people started spreading rumours on social media that it was a 'foreign' disease and the vaccine for it was being tested in India,” he said, citing one such instance from the previous campaign to administer the MR vaccine.

In Delhi, the campaign to give the MR shots will be rolled out this month, covering 55 lakh children in five weeks in 11 districts of Delhi, and aiming to cover all pre-school, school and out-of-school children. However, 300 “elite schools” of the city were abstaining from the campaign citing various concerns about the vaccine, a Delhi government official said.